Bengal skipper Manoj Tiwary, who recovered from a side strain, today said he wants to prove a point and cement his place in the Indian side when he gets a chance. 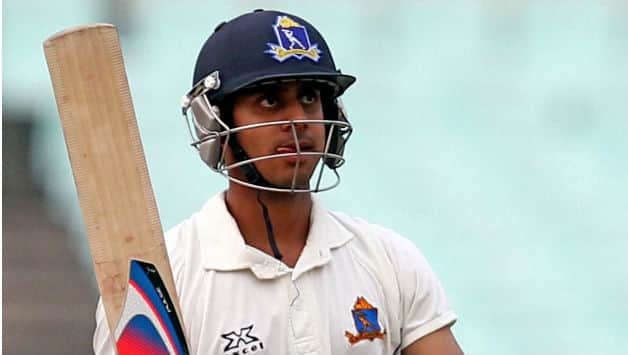 Bengal skipper Manoj Tiwary, who recovered from a side strain, today said he wants to prove a point and cement his place in the Indian side when he gets a chance.

Having successfully completed his rehab at the NCA in Bangalore, the Bengal batsman, who suffered an injury during the Ranji Trophy against Saurashtra in Rajkot last month, will make a comeback for Rest of India in the Irani Trophy from February 6-10 in Mumbai.

“I am trying my level best and want to prove a point by playing good cricket. I am doing well in local matches and is fully fit and raring to go,” Tiwary told reporters here today.

Ruing about his injury, Tiwary said, “The timing of the injury was very bad but just hope that I do well again.”

Pacer Ashok Dinda did not make the cut as Shami Ahmed replaced him in the last four ODIs against England but Tiwary said, “Dinda is always a fighter. I think he was rested, maybe he has been kept for the later part.”

Tiwary was initially named in the Twenty20 squad for the two matches against England last year. But the injury meant that he had to miss out not only from the two T20Is but the high profile Pakistan ODI series.

Tiwary was injured just five games into the Ranji season which he had begun with a lot of promise as he had hit a fine 191 against Gujarat.