Melbourne Stars spinner Michael Beer has announced his retirement from the Big Bash League (BBL). The 34-year-old Beer, who has played two Tests for Australia, has featured in all eight seasons of the BBL, turning up in 60 matches overall.

Beer made his debut with Perth Scorchers and played the first three seasons. He then shifted base to Melbourne and joined the Stars in the 2014-15 season.

“When I first came to the Stars I probably wasn’t enjoying my cricket as much, but the Stars made cricket fun for me again,” Beer was quoted as saying by ESPNCricinfo on Friday. (ALSO READ: Tom Curran charged with CA Code of Conduct breach)

“I’d really like to thank the players and coaches I’ve been fortunate to work with over the years at the Stars, as well as the club staff and the board for all the support and opportunities they’ve given me and my career both on and off the field.

“I’d also like to thank the WACA [Western Australia Cricket Association], Perth Scorchers and Cricket Victoria for my time with them, I’ve been lucky to learn so much from each team I’ve played with.

“I’m very excited about the next phase of my life, spending time with my family and putting more focus into my coaching. I still really enjoy being around the game and look forward to building on some of the coaching opportunities I’ve had this year.” (ALSO READ: Brendon McCullum set to quit Big Bash League)

Beer took 42 wickets in the BBL with an impressive economy rate of 6.70 and strike rate of 29.50. Melbourne Stars coach Stephen Fleming reckons Beer was an integral part of the Stars unit.

“Michael Beer has played a pivotal role at the Stars, contributing consistently with the ball and a key to our spin strategy for many years,” Fleming said.

“We want to thank him, not just for the brilliant job he’s done on-field, but his all-round service to the club. Over the past 12 months he has developed as a mentor for our younger players, and particularly our bowlers, in both the men’s and women’s teams and I can see great potential for him to continue with that in the future.” 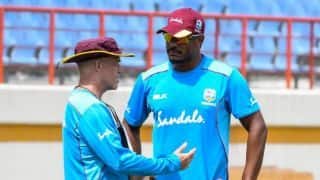 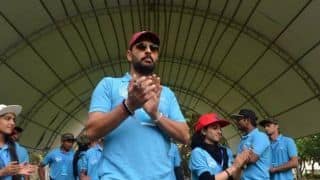