Watson was a part of the Australian side that lost to India in the quarter-final of ICC World T20 2016.

Former Australian cricketer Shane Watson, born June 17, 1981, turned 35 on Thursday. Watson bowed out of international cricket recently at the end of ICC World T20 2016. He was a part of the Australian side that lost to India in the quarter-final, which was played at Mohali. The all-rounder however still plays in the T20 leagues. Watson played in the inaugural edition of Pakistan Premier League and his side Islamabad United went on to lift their maiden trophy. However he failed to replicate that result in the Indian Premier League. He played for Royal Challengers Bangalore, the side that lost to David Warner-led Sunrisers Hyderabad in the final at Bengaluru last month. READ: Shane Watson Test retirement: End of a career replete with unfulfilled promise

Watson, who finished his career as No. 1 all-rounder in the Twenty20 Internationals (T20I), ended his Test career after the Ashes 2015. The poor show in the first Test at Cardiff just added to his series of poor performances which led to his axing from the side for the rest of the Ashes 2015, which Australia went on to lose 1-3 after a collective failure from their players. Watson’s sudden retirement did not come in as a surprise for many as the all-rounder had been suffering from various injuries from time-to-time.

Just a day after he had to leave the field during a one-dayer at Lord’s due to “minor right calf strain,” he announced his decision after it was decided the strain would keep him out of the rest of the ODI series. Following his retirement, the other all-rounder Mitchell Marsh is working towards filling up his shoes in the Australian Test squad.

Watson served Australia in international arena for 14 long years. There were tremendous expectations from him for recreating his ODI dominance in Tests as well, but he failed to do so due to timely injuries. He finished his Test career with 3731 runs at 35.19 and taking 75 wickets at 33.68. On the other hand, his limited-overs’ cricket numbers were better — 5,757 runs in 190 ODIs along with 168 wickets.

Nevertheless, we miss him in the yellow jersey. Happy Birthday, Watto! 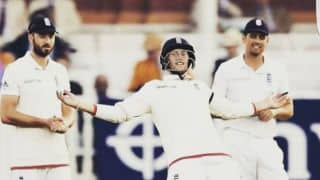 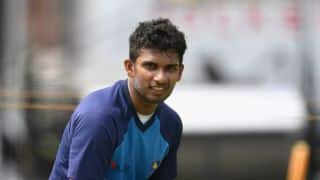