Pawar also said that too many rectifications could harm the game criticising, while the Committee of Administrators (CoA).

Till date BCCI has failed to fully implement the Lodha Panel recommendations in its totality. Their main cause of concern has been their one-state-one-vote policy. Now, former BCCI and ICC President Sharad Pawar has written to Supreme Court to reconsider their stance on the matter. He also said that too many rectifications could harm the game.

Cricbuzz reproduced a letter by Pawar that said: The applicant being a veteran cricket administrator has played a pivotal role in developing and shaping cricket administration in the country. He is one of the persons who has not only witnessed the rise of the board from its very humble beginnings, but has played a significant role in its development. It was under his leadership that for the first time pension scheme for former players was introduced and women’s cricket was brought under the board. The world’s most successful tournament IPL was conceptualised during his tenure.

On BCCI s functioning: Today, the BCCI finds itself in the eye of the storm mainly because it is the richest cricket body in the world, which has further led to a perception that its working lacks transparency and previous litigation involving issues of nepotism and conflict of interest (N Srinivasan-Gurunath Meiyappan case), which acted as a build-up to the present proceedings, have further strengthened the said perception.

Pawar proposes: The applicant submits that the draft BCCI constitution appears to be contradicting the SC s July 18 order, in which the court had affirmed the protection under Article 19(1) (C) to state cricket associations. Once it is done, no fetters can be placed on the working of the associations, conditions of eligibility etc. Further amendments and modifications in the draft BCCI constitution, which amount to modifying the SC orders, impact the fundamental rights of the applicant. This is contrary to the existing legislative and constitutional scheme. 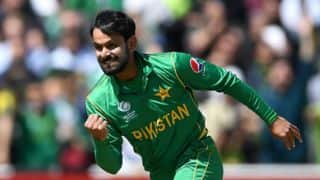