Former Pakistan cricket captain Javed Miandad believes steps taken to clean up the sport has led to the national team's improved performance at the international level. 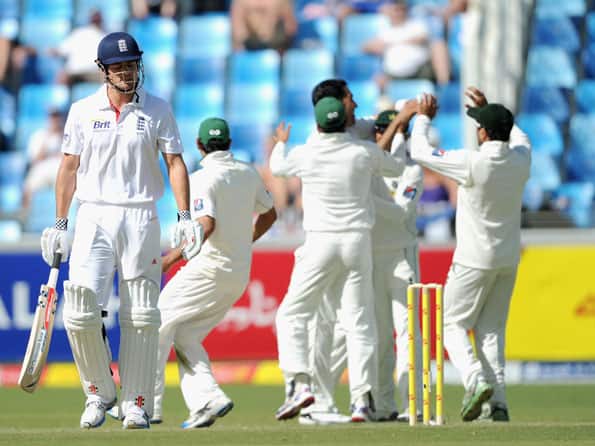 Former Pakistan cricket captain Javed Miandad believes steps taken to clean up the sport has led to the national team’s improved performance at the international level.

“It is because the sport has been cleaned up that we are performing well and winning consistently,” Miandad said referring to the country’s victory over England in the first Test in Dubai.

Since the spot-fixing scandal broke out in 2010, the Pakistan Cricket Board (PCB) enforced a strong anti-corruption code in domestic circuit as well in the national team with some senior players also being sidelined because of suspicions over their conduct.

Miandad said England lost the first Test heavily because they came into the series after a long break and were not accustomed to the conditions in the UAE.

“Their batsmen struggled to adapt to the conditions and once again they proved to be fallible against quality spin,” Miandad, who is also the director of cricket, said.

He said Pakistan has a golden opportunity to seal the three-match series if they continue to remain focused on the sport and don’t let the pressure off the English batsmen.

“Pakistan now clearly has the psychological edge over England and the secret now is to maintain this pressure in the remaining matches,” he insisted.

Miandad said England batsmen fell prey to Saeed Ajmal because he tricked them into believing he had invented a new delivery for them.

“It was a good psychological ploy by Ajmal and it will still be on the minds of the England batsmen in the remaining matches,” he added.

Former skipper and player Shoaib Malik, meanwhile, said the victory inside three days has come as a big surprise.

“I expected our team to play well but I didn’t expect the world’s number one Test side to capitulate inside three days, that was a big surprise,” Malik said.

He added the victory was big for Pakistan cricket as some critics had doubts whether the team could do well against strong opposition.

“I think our team has proven it is doing consistently well and will only further improve from here,” he added.

Former cricketer and ex-chief selector Abdul Qadir felt that England made a blunder by not playing left-arm spinner Monty Panesar.

“I think their selection was not right for the conditions and they should have gone in with two spinners instead of only Swann. They misread the pitch and I thought they banked heavily on their pacers,” Qadir said. (PTI)