Duncan Fletcher's appointment as India's cricket coach was seen as a move in the right direction by former cricketers and coaches who said the Zimbabwean's vast experience in coaching will hold him in good stead during his two-year stint. 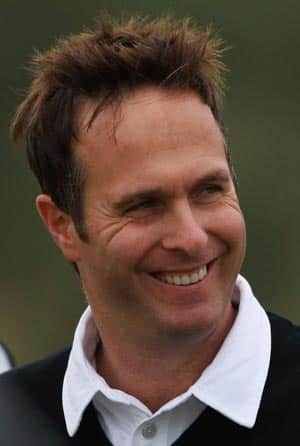 Duncan Fletcher’s appointment as India’s cricket coach was seen as a move in the right direction by former cricketers and coaches who said the Zimbabwean’s vast experience in coaching will hold him in good stead during his two-year stint.

The BCCI today appointed the 62-year-old Fletcher, who coached England from 1999 to 2007 with mixed results, as Gary Kirsten’s replacement on a two-year term.

“He’s obviously got a pretty good track record on the international and county circuits, and he’s got a pretty wide range of coaching experience,” said former Australia coach John Buchanan.

“He shares some similarities to Gary Kirsten and that obviously is something India would like to maintain, but he also has had greater experience, which should be useful for the phase the Indian team are about to enter into,” added Buchanan, who coached Australia to their last two World Cup triumph in 2003 and 2007.

The Queenslander, however, said it would be a challenge for Fletcher to sustain India’s recently-achieved supremacy in world cricket under Kirsten.

“Ahead of him certainly will be the opportunity to sustain the success the Indian team have had up to and including the World Cup,” Buchanan said. India’s bowing coach Eric Simons, who was given an extension, said that it would be a great challenge for Fletcher to coach the Indian team.

“I think coaching the No.1 team in the world will be a real challenge for Fletcher,’ said Simons, who was appointed the bowling coach in January 2010. Former England skipper Michael Vaughan said Fletcher’s biggest challenge during the job with the Indian team will come from the media.

“His biggest challenge will come from the media. He has never really understood how it works,” Vaughan said. “Duncan fletcher appointed India coach on a 2 yr deal.

Great coach who will work well with (India captain Mahendra Singh) Dhoni (and) all the talent,” Vaughan, who led the side during Fletcher’s tenure as England coach, added.

Former Australian cricketer Michael Bevan welcomed the appointment and said the Zimbabwean should carry forward the legacy left behind by Kirsten. “I don’t really know about Fletcher’s strengths but he was instrumental in turning around the fortunes of England side though. I wish him all the success in future. The new coach will need to carry the gains forward,” Bevan said.

Former Sri Lanka coach Dav Whatmore said it will be the results which will count in the end. “It is purely a BCCI decision. They must have put in a lot of effort, thought and knowledge into the decision and at the end the result will be what everyone will look at,” Whatmore who led Sri Lanka to the World Cup title in 1996, said.

After quitting England’s coaching job, Fletcher worked with the South African team as a batting consultant in 2008 and most recently this year before the World Cup. He joined New Zealand in a similar role during their tour of India last year.