Former players hailed Rahul Dravid, who on Friday retired from international as well as domestic cricket, as among the very best produced by India and said his contribution to Indian cricket has been huge. 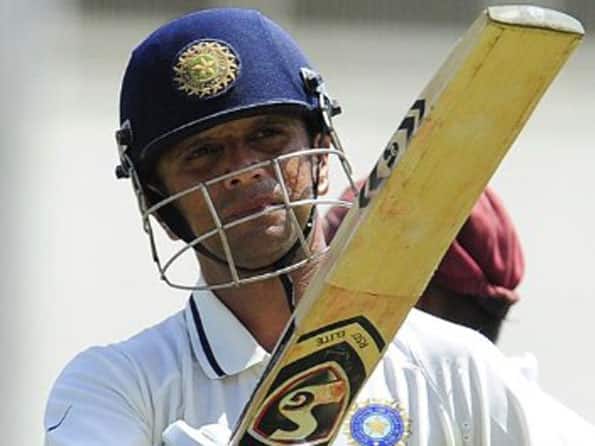 “Rahul was like the Great Wall of China for the Indian team and it cannot be created again,” said former captain Ajit Wadekar AFP

Former players hailed Rahul Dravid, who on Friday retired from international as well as domestic cricket, as among the very best produced by India and said his contribution to Indian cricket has been huge.

“Rahul was like the Great Wall of China for the Indian team and it cannot be created again,” said former captain Ajit Wadekar in admiration of the man who had occupied the No.3 spot in Tests with aplomb for a decade and a half.

“He was an absolutely complete cricketer with tremendous concentration and dedication. In technique, the man who came closest was Sanjay Manjrekar,” said Wadekar about the player who scored over 24,000 runs in Tests and ODIs combined.

“Like Vijay Merchant, Vijay Hazare and Sunil (Gavaskar) have gone down in history, like Sachin (Tendulkar) will go down in history (when he calls it a day), so too will Rahul go down as among the very best India has produced,” said another former captain Nari Contractor.

“Rahul has been next only to Sachin in everything (in the number of runs scored in Tests and number of centuries). He has made runs when they mattered most for the team. What more would you have expected from him,” Contractor said.

“What many fail to mention (about Dravid) is the number of catches he has taken (mostly in the slip cordon). He has been one of the most outstanding cricketers from India in all respects. His contribution to Indian cricket has been huge and can never be forgotten.”

Former all rounder Bapu Nadkarni was also full of praise for Dravid and said he was wrongly omitted by the selectors in one-dayers and then came back into the limited overs game with a bang and also kept wickets too.

“He was a totally selfless cricketer. He has been very helpful and never said no to anyone and always gave his best,” Nadkarni said.

“Some of his greatest innings (notably of 180 against Australia) was overshadowed by VVS Laxman (281) (in 2000-01 at Kolkata). In this respect he was like Dilip Vengsarkar whose knocks had been overshadowed by Sunny (Gavaskar),” Wadekar said.

Wadekar also described the retirement of Dravid as the beginning of the end of what former BCCI President, the late Raj Singh Dungarpur, termed as “The team of the 90s”.

“I think it is the beginning of the end of the era, what was called team of the 90s. We have Virat Kohli (to fill in for Dravid). But he has a long way to go,” the former stylish left-handed batsman said.

Wadekar did not feel that the Test series in Australia, where Dravid got bowled in six of the eight innings he batted, hastened his retirement.

“I don’t think so. He always knew where his off stump was. Probably he has taken the right decision (to retire),” the former skipper said.

Wadekar was of the opinion that Dravid as captain was an introvert but also led from the front with his bat.

“If anyone should have a role model, it has to be this guy. As a captain he was a bit of an introvert. He was quiet and did not show much emotion. It was the wall that was always there for the Indian team to lean on.”

Another former captain and ex-chief selector Chandu Borde was also full of praise for the Bangalore stalwart’s contribution to the team’s cause and said it’s going to be a huge challenge for the selectors to find a suitable replacement for Dravid.

“He was a perfectionist, a great contributor as a batsman who was willing to play at any position and don even the role of a wicket-keeper for the benefit of the team,” said Borde, who went as a manager to England in 2007 when Dravid led the team.

“He was one who sacrificed his position in the interest of the team. He played with great dignity and budding cricketers should emulate his qualities. It’s the right decision taken at the right time. I wish him best of luck,” the former middle order batsman said.

“His place in the team is a very important one and it’s a big challenge for the selectors to find the right person to replace him (in the team),” added Borde. (PTI)

Rahul Dravid and his phenomenal numbers