Former International Cricket Council (ICC) President Ehsan Mani has backed the decision of the sport's governing body to persist with the Decision Review System (DRS), which according to him has helped in reducing the mistakes of umpires. 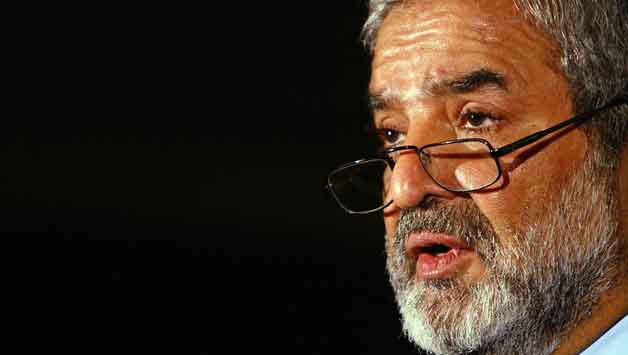 Former International Cricket Council (ICC) President Ehsan Mani has backed the decision of the sport’s governing body to persist with the Decision Review System (DRS), which according to him has helped in reducing the mistakes of umpires.

“I think they are only minor issues now related to the technology use in the DRS but they are not serious enough to warrant suspending the use of the DRS,” Mani told PTI.

Mani has been visiting Pakistan to supervise the bidding process by the Pakistan Cricket Board (PCB) for the sale of broadcasting rights of the upcoming home series against South Africa and Sri Lanka in the UAE.

Mani, a Pakistani who is settled in the United Kingdom, said he had no doubt that DRS would only get better with time.

“Overall you look at the results produced by using the DRS it has improved the accuracy of umpiring decisions by around 95 per cent which is a huge step forward,” he said.

India has been forthright in its opposition to the use of DRS in any series involving them, stating that the system can’t be effective in its current form.

In the recent Ashes 2013 series and this year’s ICC Champions Trophy 2013 the accuracy of the DRS came under the spotlight after the Hotspot technology and Snickometre came up with errors.

But Mani said any new technology needed to be given time to settle down and give 100 per cent results.

“Countries should not oppose the DRS at this stage when the ICC is now keen to makes its implementation more widespread. Even in other sports, technology is being used to assist the umpires and referees,” he said.

Mani made it clear that he himself was not entirely satisfied with the existing technology used in DRS but insisted it should not be stopped.

“The ICC should act proactively to improve it further,” he said.

He also brushed aside concerns by some quarters about the heavy cost involved in using the DRS.

“Cricket is now generating lot of money for the ICC and member boards and the better the image of the sport the more the sponsors will come in. Plus it makes the sport more interesting and intriguing for the viewers and spectators.”

Referring to the reservations of the Board of Control for Cricket in India (BCCI) about the DRS, he said: “I think the ICC being the governing body of the sport globally must not allow member countries to decide on the use of technology and the ICC should now formulate a plan to implement its uniform use.”

Mani also suggested that the ICC should now take charge, via financing and other measures, rather than leaving it on to the member boards. Bruce Yardley: One of Australia’s best ever off-spinners