Former ICC President Ehsan Mani feels PCB's decision to file a compensation claim against the Indian Cricket Board will lead to bad blood and impact future cricket relations. between the two nations.

Former ICC President Ehsan Mani feels PCB‘s decision to file a compensation claim against the Indian Cricket Board will lead to bad blood and impact future cricket relations between the two nations.

The Pakistan Cricket Board has filed a compensation claim of USD 70 million against BCCI before the ICC for not honouring a bilateral cricket series agreement.

“I have concerns about the consequences of this case whatever its outcome. What I am concerned about is the affect it is going to have on cricket relations between the two countries in the long run,” Mani said on Geo Super channel.

“I just think all avenues of talks, discussions and back door diplomacy were not explored by the PCB before going ahead with its compensation claim in the ICC.

“I would have waited and first exhausted all options of trying to get something out of India for them not playing bilateral ties with Pakistan before opting for the compensation claim option,” he added.

Mani, who served as ICC President between 2003-2006, said even if Pakistan won its compensation claim what guarantee is there India would agree to pay out the amount.

“Say if Pakistan is successful in its compensation claim what happens if India holds back the money. Then Pakistan has to go to the ICC board and it will not help relations between both countries,” he said.

Mani said even though there was a clause that said the Disputes Resolution Committee’s decision was binding on both parties and could not be challenged in any other forum, but when it came to money things often get ugly.

“If India holds back on payment what does Pakistan do, does it ask the ICC to deduct India’s share of revenues from ICC events? Can the ICC do that?”

Mani said Pakistan would have filed the compensation claim after going through all legal aspects and there is a clause in the ICC constitution which said no government interference is tolerated in any member board’s affairs.

“India says it is not getting government clearance to play Pakistan and that clause will than become important in this case. But overall I think there will be bad blood and feelings and it will impact future cricket relations between the two,” he said.

“He was not good news when he was there at helm of affairs. He was anti-Pakistan and in his tenure all chances of India taking initiative to get government clearance to play regular bilateral cricket with Pakistan were non-existent.”

Mani said that India had become a difficult member to deal with in the ICC due to its stubborness but felt that this was also because they were weak officials in the world body.

“India does contribute significantly to the ICC revenues but I don’t buy this 70 percent talk. The bottom line is ICC failed itself by not exploring the markets of USA and China. 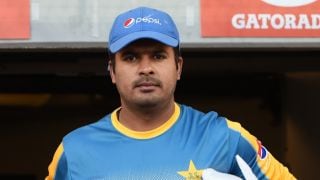 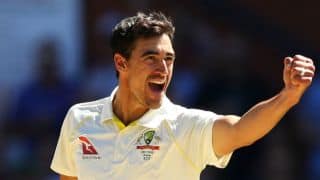