Former India women s captain and coach Purnima Rau has contended that it is time for administrators to sit across the table and sort out the issues created due to “sacking of coaches after short stints . In a conversation with The Hindu she said, It is surprising to see Tushar Arothe (who took over from Purnima in April 2017) quit. You asked for him and he is forced to take that decision without any specific reason. Obviously, the decisions were taken at the higher level. If you remember, they removed me after I saw the team through to the last World Cup qualifiers. Now, it is Tushar s turn to face the music.

Let everyone remember that the coaches in question are not handling any club side but the Indian team. It is a short-sighted approach, the former India captain said. “Accountability is the key in the issue. It can be Diana (Edulji), the coach, the selectors or the players. That s why I appeal sincerely to all the concerned to sort it out once and for all. Well, I am not up for the job for sure. I am leading a contented life now, Purnima added.

Purnima played for India between 1993 and 1995 in 5 Tests and 33 ODIs. She coached the India women’s team with considerable distinction having guided the side to victory in the 2016 Asia Cup in December 2016. She was also with the side during the successful series in Australia and ICC World Cup Qualifiers. She was however left out of the squad two months before the World Cup in April 2017 and still doesn’t have a clue as to the reasons for her removal.

Short stints of coaches with the national team in men’s or women’s cricket certainly don’t help matters in the final analysis and especially so when the coaches in question are taking the team in the right direction. 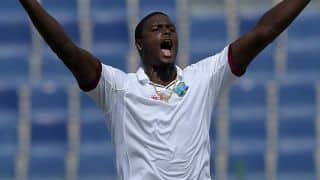 South Africa require 352 runs to win on a crumbling track