Part of one of the best Mumbai teams ever, Bondre passed away at the age of 77 years.

“I heard from Shivaji Park Gymkhana at around 10 pm that he died of a heart attack,” informed Milind Rege, a former Mumbai captain who was his teammate for one year.

Bondre played eight games for Mumbai as a lower order batsman and a medium fast bowler and formed a combination with former India fast bowler Ramakant Desai for his employers ACC, Shivaji Park Gymkhana and Mumbai (then Bombay).

With competition so intense for places in the eleven in Mumbai’s Ranji Trophy team in the 1960s, Bondre could play in very few games between 1965-66, his first season, and 1969-70.

Bondre scored 138 runs with 36 against Baroda at Baroda in his debut season as his best and grabbed 16 wickets at 26.50 per wicket with a personal best of 6 for 116 against Gujarat at Surat in his final Ranji season.

In all five years that he played for Mumbai, they were the Ranji Trophy champions, an indication of how strong the team was.

“He was a fine all round cricketer though he did not play much for Mumbai as competition for places was so intense.

But he played a lot for ACC and SPG in local cricket and both those teams were also very strong,” said Rege.

In all, Bondre played 28 first class matches and scored 638 runs with 71 as his highest score while he also claimed 40 wickets at just over 30 per victim.

However, most of these matches included tournaments like the Moin-Ud-Dowla in Hyderabad and Buchi Babu in Chennai which were considered first-class games in those days but were later removed from the list.

Mumbai and Maharashtra Ranji Trophy teams, who are plying quarter final at Wankhede Stadium here, observed a two-minute silence to pay their respect to the departed soul. 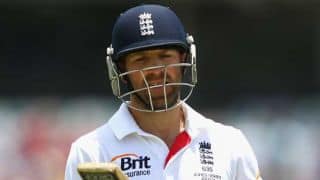