Former Pakistan cricketer and umpire Javed Akhtar passed away today at the age of 75. Akhtar made his debut for Pakistan in a Test against England in 1962 at Edgbaston, and went wicketless in that game. He never got another chance to represent his country on the international stage. He had a good First-Class career though, scalping 187 wickets in 51 matches. After his playing career, Akhtar became a umpire, and officiated in 18 Tests and 40 ODIs. His first fixture as an umpire was Pakistan vs New Zealand at Sialkot in 1996. His umpiring career though, took a turn for bad in 1998 after he was accused of favoring England in their Test against South Africa. In 1999, he officiated a ODI between England and India in what would be his final game. ALSO READ: Javed Akhtar: Brilliant with ball, controversial in white coat

Akhtar got his one and only chance against England in 1962. After Pakistan had lost the first two Tests, they made three changes for the game, with Akhtar, Munir Malik and Ijaz Butt coming in for Imtiaz Ahmed, Antao D Souza, and Wallis Mathias. Pakistan’s skipper Javed Burki won the toss and chose to field. England on their part, mustered 428 on the board thanks to a 119 from Peter Parfitt.

Akhtar on his debut had a chance to scalp a wicket, but it wasn’t to be, as Mahmood Hussain dropped Parfitt on 102. He ended his innings with figures of 0 for 52 in 16 overs. The Pakistani batsmen were then bundled over for 131 and 180 respectively, and lost the Test by an innings and 117 runs.

His career as an umpire began in 1976 in the fixture between Pakistan and New Zealand at Sialkot. In ODIs, Akhtar is unfortunately known for being a part of the ill-fated ODI at Sahiwal, where Bishan Bedi conceded the match after Sarfraz Nawaz kept bowling bouncers beyond the reach of batsmen.

In 1998, he again became part of another controversy. South Africa were touring England for a five-match Test series, and leading 1-0 after three matches. The fourth Test was won by the hosts convincingly thanks to an unbeaten 98 from Michael Atherton.

The fifth Test was a very close encounter, and was an epic by all means. England won the close encounter by 23 runs to win the series. But much attention was given on the poor officiating.

Later in 2000, match-fixing allegations were raised against Akhtar, mainly by Ali Bacher. He told King Commission: That Test match was won by England, but there were a lot of dubious decisions given. There were 10 lbws, nine of them given by Pakistani umpire Javed Akhtar, and eight of them went against South Africa. The Telegraph added that Bacher claimed Akhtar was on the payroll of a Pakistani bookmaker.

After that ill-fated Test, he went on to officiate just one more 5-day game. The World Cup 1999 was his last assignment as an umpire, as he called quits citing health issues. 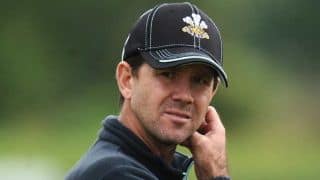