The newly appointed head coach of Pakistan, Mickey Arthur, has been advised by former players to not make many media statements and keep a low profile

Two of Pakistan s former captains have advised the newly-appointed head coach, Mickey Arthur, to get rid of ‘selfish’ players in the team and avoid too many statements in the media. Pakistan s former player and wicket-keeper, Rashid Latif stated that he was surprised at the number of statements coming from Arthur even before joining the national team at its head coach. “Too many statements from the new coach and he is speaking on every cricket issue related to Pakistan cricket. He is an experienced international coach but he should slow down a bit with his statements and first come and see the challenges he faces with the Pakistan team,” told Latif. READ: Shahid Afridi eyeing Pakistan team comeback

According to the ndtv.com, Latif was not very pleased with the number of statements made by Arthur after being appointed as the heads coach and has advised him to slow down a bit as there are lot of hopes on him. Arthur had stated that he will not tolerate indiscipline and selfish players in the team and will not let external forces dictate his style of coaching. The former South African also went on record to say that the exclusion of Pakistan players from the IPL is hurting them. “There are lot of hopes from Arthur but he should not raise the expectations because he might not know this but Pakistani cricket fans and authorities can be very unforgiving if he can’t turn things around. I have always felt that a foreign coach who keeps a low profile is best suited for Pakistan cricket. In the end the results matter nothing else matters , said Latif.

According to PCB sources a message has already been conveyed to Arthur to slow down a bit with his statements. Former captain-turned-commentator, Rameez Raja also advised Arthur to be ready to face an entirely different cricket culture in Pakistan. “He is a solid experienced coach who has worked with two top teams and top players but he will really have to be innovative and firm to pick up the performances of the Pakistan team,” he said.

Rameez believed that the key would be to get rid of selfish players and encourage those who put the team s interest above everything. He stated that a perfect winning cricket culture had been missing from the Pakistan dressing room for sometime due to many reasons and this would be the biggest challenge for the new coach to change this culture.

He also felt that the need to have an inspirational leader who is not only a top performer but also is good enough to motivate players. According to him, identifying and grooming the right leader would be a prime responsibility for the new foreign coach. 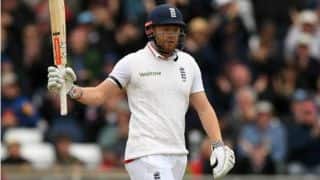 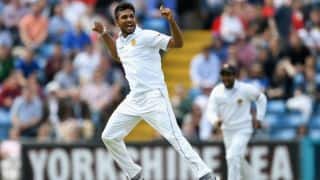