Former players must be inducted into ASCU, feels Michael Vaughan

Former players must be inducted into ASCU, feels Michael Vaughan

The limited knowledge of the game among the officers of the ICC's Anti-Corruption Unit is a big impediment in spotting unusual things happening in a cricket match, says former England skipper Michael Vaughan. 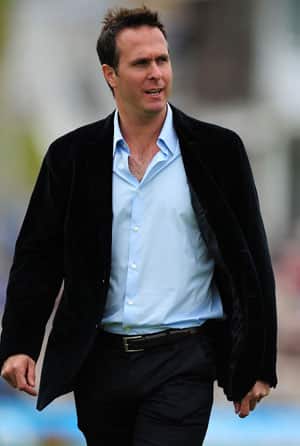 The limited knowledge of the game among the officers of the ICC’s Anti-Corruption Unit is a big impediment in spotting unusual things happening in a cricket match, says former England skipper Michael Vaughan.

Vaughan thus advocated the need to have former players in the ACSU for the better surveillance of matches.

“It is a fact that the ACU is run by former police officers who have personally told me in the past they do not fully understand the game. They know about corruption and how to gather telephone evidence and emails but do not have a clue about spotting when something untoward happens on a cricket pitch,” Vaughan said.

“The ACU needs to start employing former players who know the game and can sense when they see something that is not quite right. With so many facets of the game to manipulate you need a division of the ACU with the power to police events on the field.

“It would be the fixing equivalent of the match referee. These ex-players could study footage and, if they spot anything untoward, could flag it up to the ICC,” the former captain wrote in his ‘Daily Telegraph’ coloumn.

Vaughan said he has always been in favour of strict punishment for Salman Butt and Mohammed Asif, who have been found guilty of spot-fixing, but still felt that world cricket needed bowlers Asif and Mohammad Aamer.

“The sad part of this case is that world cricket needs Amir and Asif. There are just not enough good fast bowlers around. Amir is a teenager and perhaps he will get another chance. He will be a massive addition to the game when he comes back and hopefully living proof that fixing does not pay,” he wrote. (PTI)

Sachin Tendulkar has no stake in i1 Super Series: Promoters