N Srinivasan, the former BCCI president is unimpressed with the way the board is running operations.

N Srinivasan, the former BCCI president is unimpressed with the way the board is running operations. The system has been plagued by controversy and members of the CoA (Committee of Administrators) being at loggerheads chief Vinod Rai and Diana Edulji. A few months back, BCCI CEO Rahul Johri was accused of sexual assault, and with Hardik Pandya running himself into trouble because of his comments, the board has indirectly come under the scanner for the punishment that needs to be dished out.

Srinivasan, BCCI chief from 2011 to 2014, expressed his disappointment with the sea of matters surrounding the board, terming its operation “complete disarray”.

“Absolutely. Everything is in complete disarray. There is nobody to take decisions, rules are being changed in domestic cricket to suit personal needs, there are no committees (disciplinary, technical, etc) in place,” Srinivasan told Times of India.

“From what had been a strong administrative policy that the BCCI had put in place, it’s all being destroyed slowly. My question is, how bad were the previous regimes? Administrators in the past have helped BCCI reach where it has and look at how cricket has become a source of livelihood for scores of people in India.”

Things ran smoothly within the board while Srinivasan remained in charge before he was asked by the Supreme Court to step down as the BCCI chief in 2014 to facilitate investigations into the IPL betting scandal in which his son-in-law Gurunath Meiyappan was accused of. Could some of BCCI s current troubles be stemmed from Srinivasan s tenure? The former chief doesn t think so.

“I look at it from a different perspective. While I was in BCCI, I just did my job and if people appreciate it now, I’m happy. I did the same when I went to ICC,” Srinivasan added.

“For the first time, I got India its due recognition in the committee of nations. Unfortunately, things have been frittered away by subsequent events and people. But you can’t take away anything from India permanently because you have to recognise that India is literally sustaining international cricket. India is bankrolling world cricket. So, I’m not worried because, it may take time, but we will eventually get our due.

“We worked very hard to promote the game – from all aspects. We were never there for self-publicity. I was hardly seen on public platforms when I served BCCI. Now, the difference is that there are individuals who are here to see what they can find for themselves. It’s more about them and not the game. That’s the difference and that’s why there’s this mess.”

Following the betting scam, the RM Lodha committee suspended India cements, the owner of IPL franchise Chennai Super Kings for a period of two years. After a two-year-ban, CSK returned to lift the IPL title last year, and Srinivasan, the former owner of the franchise, couldn t be more proud.

“No player made a mistake. It was an attack on the superior performance of the team. Jealousy, maybe. The team did not deserve the punishment they got. The simmering anger among the players for being treated like this is what brought about the victory (in 2018 edition). They were determined to prove again ‘we are the best’,” he said.

Srinivasan also served as the chairman of the ICC and is currently the president of the Tamil Nadu Cricket Association. With the BCCI pondering fresh elections, is there a way for Srinivasan to claw his way back into the fold? If given a chance, he would surely want to.

“Heading the BCCI is a public position and it comes with its share of problems too. But I’ve always been a fighter, and let me tell you, they picked on the wrong guy. You may defeat me and I’ll accept it but I won’t lose and go away,” Srinivasan said.

I don’t consider myself old. I work through the day. I train in the gym and keep myself fit and strong. There is a lot to be done. BCCI must once again be on top like it was. The support that people have given to the game in India and the amount of money that pours in through sponsorships and all deserves that India recaptures it earlier glory. 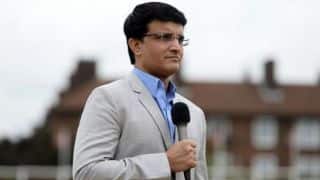