Parida played an instrumental role in Rajasthan's consecutive Ranji Trophy victories in 2010-11 and 2011-12 with his assured batting, particularly in the finals

Former Odisha right-hand batsman Rashmi Ranjan Parida who also played for Rajasthan, Assam, Vidarbha and Himachal Pradesh over the course of his 20-year long first-class career, has been appointed as the head coach of Odisha by the Odisha Cricket Association (OCA).

The working committee of the OCA made Parida the coach of the state cricket team for the 2018-19 Ranji Trophy season, said a release from the OCA. Railways off-spinner Kulamani Parida was also picked as a member of the selection committee. Earlier, former Odisha and India seamer Debasish Mohanty was appointed by the BCCI as a member of the junior national selection panel.

He played an instrumental role in Rajasthan’s consecutive Ranji Trophy victories in 2010-11 and 2011-12 with his assured batting. In fact, Rajasthan coach at the time and respected Delhi cricket coach Tarak Sinha recounted later that Parida was selected because of his inherent ability to play good spin bowling. Parida scored 56 and 89 in the Ranji Trophy final of 2010-11 against Baroda and he made 40 and 43 against Tamil Nadu in the next year’s final. 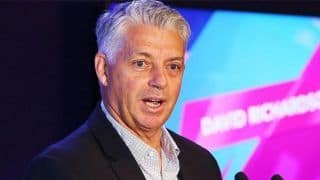 We want cricket to be the No.1 sport for women: ICC chief Dave Richardson