Cricket Australia appointed former rugby player Patrick Howard as the General Manager (Team Performance), a position created on the recommendations of the Argus Review which came out in August. 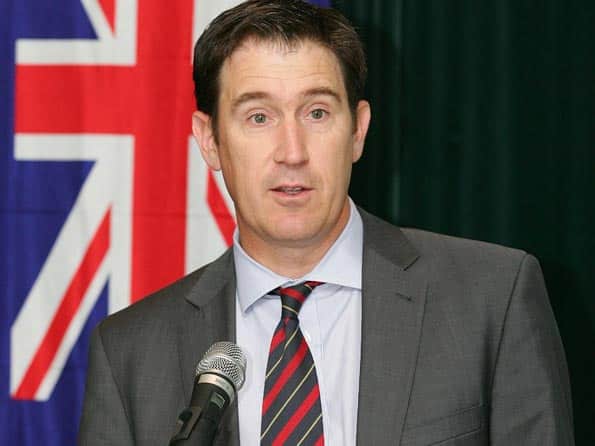 Cricket Australia appointed former rugby player Patrick Howard as the General Manager (Team Performance), a position created on the recommendations of the Argus Review which came out in August.

Creation of the new role, to focus solely on team performance, was one of the key recommendations of the review (ATPR) adopted by CA’s Board in August.

The Australian team head coach, captain, chairman of selectors, team manager and Centre of Excellence Manager will report to Howard, a Queenslander who will be based in Brisbane at the COE, starting mid-November.

State cricket managers in the six states will work closely with him as part of a move to integrate national player development to better ensure a co-ordinated focus on developing international players across Australian cricket.

The role is also responsible for women’s cricket.

Announcing the appointment today, CA Chief Executive Officer James Sutherland said recruitment for the new role focussed on the importance of having a high performance background in sport.

“We are delighted Pat is taking this role – he has a background of success as a player, selector and coach, including 20 Tests as an Australian player, as well as playing and coaching success with the Leicester Tigers in England and was a high performance GM with the ARU,” he said.

“He brings vital qualities in what is a pivotal new role with a singular focus on Australian team performance. His priority will be ensuring that all of Australia’s High Performance cricket programs dovetail in a manner that helps us produce the best men’s and women’s teams in the world,” he added.

These will continue to be the responsibility of GM Operations Michael Brown.

Howard said he was attracted to the new role after the rview created what he regarded as an exciting new opportunity to co-ordinate a new focussed, integrated approach to Australian cricket high performance.

“The timing of the new role off the back of Argus review makes this an exciting time in Australian cricket,” he said.

“It is a great opportunity for anybody interested in sports leadership,” he added.

Sutherland said CA would finalise recruitment of a full-time national selector and other selectors after recent advertising that had “solicited strong interest”.

“The rollout of review decisions is not just about the coming summer, important as that is,” he said.

“Today’s announcement is an important early step in delivery of that plan,” he added. (PTI)

India will be tough to beat in its backyard, says Alastair Cook