Bangladesh are looking out to fill the position of coach following the sacking of Steve Rhodes after the World Cup 2019.

While Steve Rhodes reign as coach came to an end following Bangladesh s ICC Cricket World Cup 2019 exit before the semifinals, former South Africa coach Russell Domingo is in race to occupy the position that s vacant since Rhodes sacking, according to a report in IOL.

Domingo is currently in charge of the South Africa A. The side is scheduled to tour India before South Africa s senior team travels to the country for the T20I and Test series.

Domingo, who was a coach with the South African side from 2013-2017, remains the only Proteas coach who had witnessed his team winning a game in the knockout stages of the World Cup when the AB de Villiers-led side beat Sri Lanka to reach the semifinals in the 2015 ICC Cricket World Cup.

While Bangladesh were competitive and managed to beat South Africa and West Indies, in addition to Afghanistan, they could not win more than three matches in the recently concluded World Cup in England and Wales.

Following this, Bangladesh Cricket Board (BCB) decided to remove the Englishman from his position. BCB president Nazmul Hassan had slammed Rhodes.

We arranged for a practice camp before the World Cup, but nobody came. There was a cultural mismatch. He assumed that every player will practice on their own, but since our players heard it was optional, no one turned up. So, there was no use making all that arrangement spending so much money, Hassan was quoted as saying by ESPNCricinfo.

I saw the changes (in the style of coaching) when I was in Dubai for the Asia Cup final. We saw that things have changed. We waited. The players have told me continuously after the New Zealand tour and also during the World Cup that they don t get to speak to the coach.

He only lands in the team meeting on the day before the game. He doesn t talk about strategy. He is just there. This is what the players have told me. I am telling you after listening to everyone. I never had a direct interaction. But from what I have seen, I felt that he doesn t match with us. 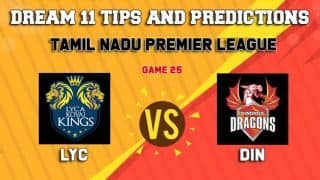