Former Test cricketers slam Dhoni for not pushing for victory

Former Test cricketers slam Dhoni for not pushing for victory

Indian captain Mahendra Singh Dhoni's decision not to push for victory in the third and final cricket Test against the West Indies has come under flak by former cricketers who said it was "shocking" and unworthy of the number one team. 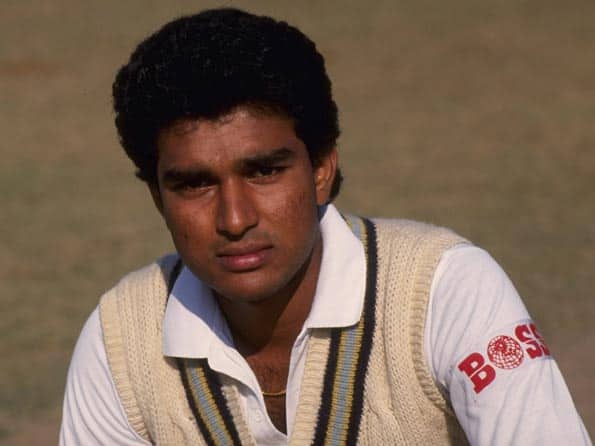 Indian captain Mahendra Singh Dhoni’s decision not to push for victory in the third and final cricket Test against the West Indies has come under flak by former cricketers who said it was “shocking” and unworthy of the number one team.

The players were surprised that the Indians chose to abandon the chase when all they required was 86 runs from the 15 mandatory overs with seven wickets remaining.

Former Indian middle-order batsman and now an expert commentator Sanjay Manjrekar was pretty scathing in his attack terming the decision “very undhoni like”. He was also critical of the manner in which Rahul Dravid went about during the chase of 180 from 47 overs.

“Must confess.. was shocked to see match called off with 86 needed off 90 balls with quality batsmen left…very undhoni like,” Manjrekar tweeted.

“Also could not understand Dravid’s strike rate of 38 when chasing a target of 180 in about 46 overs,” was another comment on his micro-blogging site.

About coach Duncan Fletcher defending Dhoni, Manjerakar said: “The coach has to defend his team. He hightlighted all the cricketing issues. Fair enough, but those cricketing issues and the conditions that you talked about, it would have convinced me had it been Australia, South Africa or England for that matter.”

According to former India opener Aakash Chopra, India’s approach was not like it should be for the No 1 Test side in the world.

“Last night at 2am I asked myself a question – did we play like the #1 Test side? The answer was–No. Just a solitary attempt n den shut shop!” the Delhi lad tweeted.

“Promoting Raina was a positive move to counter Bishoo but it finished with his dismissal. Am I a bit harsh? Yes, but shouldn’t we all be?” Chopra questioned.

Former India stumper Syed Kirmani was however not too harsh and felt that it was a correct decision on Dhoni’s part to give up on chase.

“The primary objective was to win the series. If that goal is about to be achieved why take further risk and jeopardize the whole thing. A captain knows the best and it was Dhoni’s call,” Kirmani said.

Former West Indies fast bowler Ian Bishop was however not the one who would buy the argument about pitch being a difficult one for chasing.

“I don’t think the pitch was giving that many problmes,” Bishop told ESPNCricinfo.

“I was very surprised. I still thought with Dhoni and Virat Kohli to come, they could have given it a bit more push.

I was surprised that they closed up shop as early as they did,” he said.

“(V.V.S) Laxman and (Rahul) Dravid were still there. They could have continued just working the ball around with 4-5 overs an over and then see how they went for 6-7 overs and if they needed to make a little bit more charge,” he added.

“(For) the best teams in the world across (the) board, it is not just a matter of closing out a job but closing it out with a sense of killer instinct. Dhoni’s decison was in complete contrast to his bold declaration in the second Test in Barbados,” the fearsome fast bowler of yesteryears opined.

“I thought there was room to go when I consider that Dhoni declared and set the West Indies 281 in Barbados in 83 overs. If he gambled then, he probably had the spirit to do here (Roseau),” said Bishop.

Barve not to contest in MCA elections