Javed, who has scored 239 runs and picked nine wickets in ODIs, featured in the 2014 World T20 in Bangladesh and the 2015 World Cup in Australia and New Zealand.

Former UAE captain Amjad Javed, who last played an ODI against Papua New Guinea in Abu Dhabi last year, has retired from international cricket. The 38-year-old fast bowling allrounder, who has been dropped since December last year when he played against Nepal in the ICC WCL Championship, retires after having played 15 ODIs and 22 Twenty20 Internationals.

“It is never easy when you have to call it a day,” Amjad told Sport 360. “You have to decide at what time you need to retire. At the moment, the team is doing better than two years back. I can’t find a place in the team. Nothing motivates me to push myself and fight for that position.”

Javed, who has scored 239 runs and picked nine wickets in ODIs, featured in the 2014 World T20 in Bangladesh and the 2015 World Cup in Australia and New Zealand. His allround show against Ireland (42 and 3/60) almost gave UAE their only victory of the latter tournament, but Javed pencilled on his performance during a World Cup qualifier as his favourite. In that match at Christchurch, he smashed 63 off 31 balls and followed it up with 2 for 29 from his 10 overs to lead UAE to a 13-run victory over Kenya.

“The main highlight of my career was the 2014 World Cup qualifier [Super Six match] we played against Kenya in New Zealand where I was the man of the match,” Amjad said.

“We qualified for the World Cup and achieved ODI status. Everything started rolling after that.” 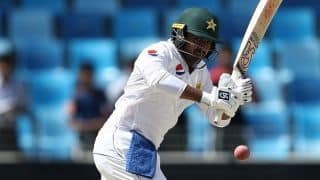 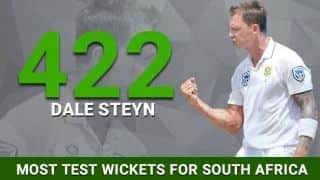