Tom Allin became the second cricketer in a short span of time to die after Matthew Hobden's death.

Former Warwickshire fast bowler Tom Allin passed away on Thursday becoming the second cricketer to leave this planet in a span of a couple of days after the sudden demise of Sussex bowler Matthew Hobden at the age of 22. Allin, who played one first-class match and one List A game for the county before leaving in 2013, also represented Devon and Cardiff MCCU. The cause of his death is yet to be revealed. Warwickshire said in a statement: “Everyone at Edgbaston is immensely saddened. Tom was an incredibly popular member of the professional squad during his six years with Warwickshire.” READ: English cricketer Matthew Hobden passes away aged 22

According to BBC Sport, Mark Ansell, chairman of Allin’s league cricket club North Devon CC, said,” Everyone at the club is devastated by the news of Tom’s death. He was a great guy and this has come as such a shock. The players at the club are numbed by what has happened. They met up on Tuesday night to support each other.”

A lot of international cricketers paid tribute to the 28-year-old on the social media. English cricketer Chris Woakes who is also a part of Warwickshire was among the ones who expressed grief over Allin’s sudden passing. He said, “Such sad news to hear of Toms passing. A great lad who always had a smile on his face! Will always be a Bear… RIP mate.” READ: Matthew Hobden passes away: Sussex cricketers given week off following tragic death

Irish and Middlesex cricketer Andy Balbirnie said, “Cricket is just a game but a game where we are so lucky to make great friends. Don’t forget that and don’t forget them. #RIPHobsAndTom. A tough week for a lot of ex @CardiffMCCU lads. Some great memories made and friendships cut short. Prayers with all friends and family.” 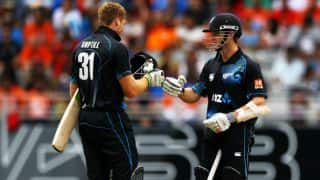