Out of 18 investigations conducted by the ICC, five have been concluded while charges were brought in four cases, claimed the governing body.

The International Cricket Council (ICC) has revealed that four international captains reported approaches to the governing body’s Anti Corruption Unit between June 1, 2017 and May 31, 2018. The ICC, in its annual report, mentioned that it conducted 18 investigations between June 2017 and May 2018, 17 of which were launched after the arrival of ACU General Manager Alex Marshall on September 1 last year. Out of 18 investigations, five have been concluded while charges were brought in four cases, claimed the governing body.

“There has been a pleasing increase in the number of players having the confidence to approach the ACU with reports of suspicious activity. Four international captains reported approaches during 2017-18 and every avenue was explored,” said the ICC in the report. “There were five disruptions — where individuals who are not directly involved in cricket have their corrupt activities disrupted — and 13 investigations remained ongoing as at May 31, 2018. Two of the investigations were media stings, one investigation exonerated a groundsman and several players whilst the other is ongoing,” the report revealed.

However, with the mushrooming T20 leagues around the world, ICC conceded that the challenge to root out corruption from the game is bigger than ever. “These leagues range from well managed – in anti-corruption terms – global events through to those organised entirely for the purposes of corruption. The most obvious example of the latter is the Ajman All Stars event which took place in the UAE in early 2018,” the report indicated. “Going forward, it is intended to set minimum standards in anti-corruption to cover all the new T20 leagues across the world because it is not possible to police every one of those matches in person,” stated the report further.

The ICC said that over the course of 2017-18, a total of 1468 players, support staff and match officials have been educated at 12 international events: six ICC global events including 2017 Champions Trophy and the Women’s World Cup. 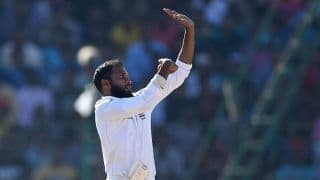 India vs England: Adil Rashid in line for Test recall