Together they brought home the U-19 World Cup from Kuala Lumpur but Virat Kohli and Siddharth Kaul's careers have moved in entirely different directions in the past five years since that memorable final against South Africa. 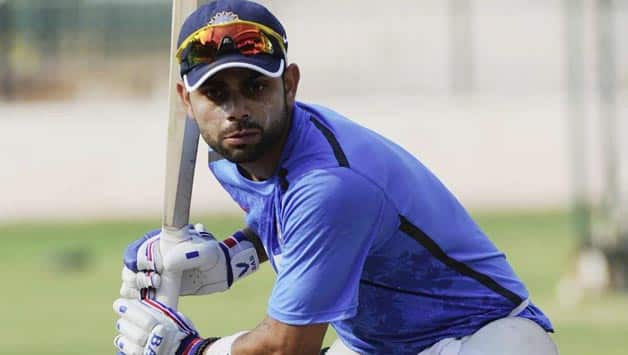 Together they brought home the U-19 World Cup from Kuala Lumpur but Virat Kohli and Siddharth Kaul‘s careers have moved in entirely different directions in the past five years since that memorable final against South Africa.

It was a balmy Sunday evening in March 2008, when skipper Kohli indulged in wild celebrations, as Kaul’s tight final over paved the way for India’s title triumph.

Cut to March 2013, Kohli entered the Rajiv Gandhi Stadium here as Indian cricket’s new superstar, and Kaul as one of the net bowlers provided by the local association for helping the stars with a few hits ahead of the second Test against Australia.

Quietly waiting for his turn to bowl at the nets, the stark difference in the manner that Kaul and Kohli’s careers have panned out wasn’t missing.

While the 23-year-old Kaul is just one among the dozens of performers in the domestic cricket, his once-upon-a-time team mate, Kohli, is the heir apparent to incumbent Mahendra Singh Dhoni.

“It happens in life. There will be times when you get your dues late,” the soft-spoken lad from Chandigarh told PTI when discussion turned to Kohli’s sky-rocketing international career.

It was interesting to follow their body languages during the session on Thursday.

Fresh from his century in the first Test at Chennai, Kohli looked in fine touch as he faced the likes of Ashoke Dinda and Ishant Sharma.

On the other hand, Kaul could hardly be recognised in the swarm of net bowlers, although with 43 wickets in Ranji Trophy, he is second only to Ishwar Pandey.

It wasn’t difficult to gauge his disappointment as he didn’t even get to bowl to top players like Sachin Tendulkar, Dhoni and Virender Sehwag; not even to Kohli. Kaul only bowled to Bhuvneshwar Kumar.

Ishwar Pandey, in that sense, was fortunate enough.

While Kohli will tell you how he would like to tackle the reverse swing of James Pattinson, Kaul, at best, can call it a “good exposure” for him.

“Obviously, it is a nice experience to bowl at the Indian nets as there are so many quality players,” his answer was as predictable as India going into a Test match here with three spinners.

Did he get any tips from the likes of Dhoni and Sehwag on how to improve in certain areas, he said, “They are busy with the Test match and I will be going back tomorrow.”

A similar thought crept in while watching UP pacer Imtiyaz Ahmed at the nets. In November last year, Ahmed had decimated a Delhi batting line-up that comprised Sehwag, Gautam Gambhir, Kohli, Shikhar Dhawan and Mithun Manhas.

Bhuvneshwar did precious little in that match.

Today, at the nets, Ahmed was finding it difficult to even walk up confidently towards his state-mate to strike up a conversation as he was sitting alongside some of the senior India players.