The transition back to normality from winning the World Cup had been tough for Plunkett.

For World Cup-winner Liam Plunkett, the high of being a part of history at Lord’s on July 14 was followed quickly by a sudden realisation that life had returned to normal, and with it came a low that the veteran pace bowler has struggled to cope with.

In his own words, it “has been quite hard” for Plunkett to go from the irreplaceable high winning the Cricket World Cup with England to sitting at home on his sofa watching Netflix.

Plunkett, 34, went from wondering if he would ever play cricket for England again to taking three wickets in the World Cup final this month as his unbeaten streak in the tournament was taken to the next level at Lord’s in possibly the greatest ODI finish of all time. For a player who has experienced anxiety in his career after suffering a panic attack while traveling, to experience that jubilation on the cricket pitch and then return to normal life was tough.

(READ: We have changed the culture of cricket in England: Liam Plunkett)

“I’ve always been big into it [mental health awareness],” said Plunkett at an event for encourage children to play cricket on Monday. “I had a panic attack a long time ago. I never knew what it was and I got anxiety around it. I struggled being in one-on-one situations and certain situations like travelling on a plane and I’ve always been conscious of that.

“I went from winning the World Cup and all of a sudden I’m sat on my sofa watching Netflix a day-and-a-half later. It was quite hard and honestly I felt quite down a little bit. Everything was building up to that World Cup and it was the highest point of my career. I’m not sure anything’s going to happen like that again in cricket for me.”

Plunkett also revealed how leaving England’s World Cup setup after six weeks together added to his feeling of emptiness.

“In the blink of an eye it was gone, as I say it felt like a massive low then. Everyone just disappeared everywhere else, so it was sad a little bit because you still want to be around people,” he said. “You’ve just won the World Cup, you might never see that again never mind winning it so I felt a little bit down after. It was sad.” 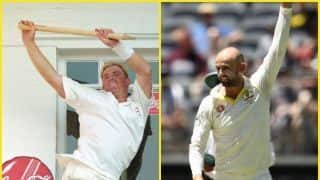 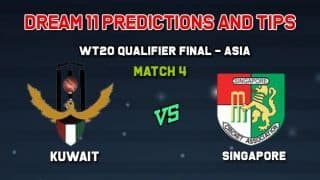