In May, ahead of the Indian Premier League 2018 Qualifier 1, BCCI organised an exhibition women’s T20 match between featuring top cricketers from around the world in Mumbai. It was the first step towards a full IPL-style tournament for the women cricketers and subsequent reports emerged that the Indian cricket board is considering hosting such an event from next year onwards.

READ: Perry to move to Victoria for state cricket

Australia allrounder Ellyse Perry has called for a full IPL season for women cricketers saying it will help in the growth of the game. “A full IPL season is definitely the next step, Perry was quoted as saying by foxsports.com.au. “It would open up huge avenues for the game to continue to grow. Putting that competition in place would take the game to all new heights.”

Australia already has a women’s version of Big Bash League (WBBL) and England’s Women’s Cricket Super League is into its third season now. So, there’s some pressure on BCCI to take the cue.

On the paucity of five-day cricket at the international level as far as women cricket is concerned, Perry, while, praised Cricket Australia’s efforts to promote it but felt other cricket boards need to show more intent.

“I certainly think there are other countries in the world that are up to that (Test) standard and probably have been for a number of years. I suppose that s really up to Cricket Australia and other international boards to discuss the viability of playing Test match cricket. Countries like New Zealand, South Africa, India, they ve got to want to do it as well. I know Cricket Australia are doing absolutely everything in their power at the moment to progress the women s game, she said. 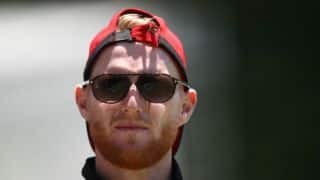