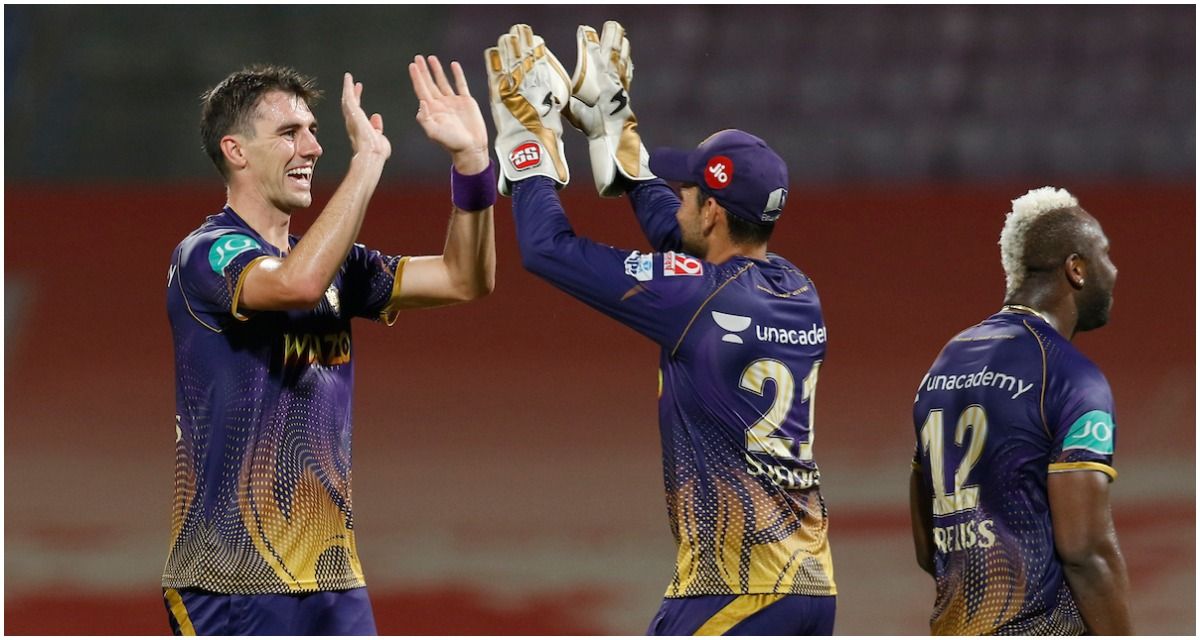 Navi Mumbai, May 9: Kolkata Knight Riders finally found the team balance they were looking for to outclass Mumbai Indians by 52 runs here on Monday and keep their slim IPL play-off hopes alive.

Lead Mumbai Indians pacer Jasprit Bumrah picked up his maiden five-wicket haul in IPL history to restrict KKR to 165 for nine after fine knocks from Venkatesh Iyer (43 off 24) and Nitish Rana (43 off 24).

Barring a 43-ball 51 from Ishan Kishan, Mumbai batters struggled to get going in the chase as their innings ended at 113 all out in 17.3 overs.

KKR finally played Tim Southee (1/10) and Pat Cummins (3/22) together and the move worked with the seasoned pacers sharing four wickets. Andre Russell too chipped in with couple of wickets.

Another big positive was the return to form of Venkatesh Iyer, who had to be dropped earlier in the competition due to his lean run after a sensational debut season in 2021.

While MI were already out of the play-off race, KKR, who have five wins from 12 games, can still sneak into the top four with two games remaining.

Earlier, KKR openers Venkatesh and Ajinkya Rahane (25 off 24 balls) added 60 runs in just 5.4 overs after they were put into bat but the Shreyas Iyer-led side failed to capitalise on that promising start.

Rana blazed his way to a 26-ball 43, with three boundaries and four sixes, but it was Bumrah (5/10), who took five wickets in two overs, to put the brakes on KKR, who suffered a middle-order collapse.

In the 15th over, Bumrah removed Russell (9) and Rana and then clinched three wickets — Sheldon Jackson (5), Cummins (0) and Sunil Narine (0), in the 18th over, a maiden, to bring MI back into the game.

Venkatesh smashed three boundaries and four sixes, but perished in the sixth over, giving a sitter to Daniel Sams at point, with spinner Kumar Kartikeya Singh (2/32) getting his first wicket.

Venkatesh was brutal on spinner Murugan Ashwin (1/35), hitting him for his first maximum, a pull shot and then hammered a boundary.

The southpaw then walloped his second six over deep mid-wicket off Daniel Sams (1/26), as KKR raced to 26/0 after three overs. He then targeted Riley Meredith (0/35), hammering him for boundary and a six, a scoop shot, in the fifth over where KKR amassed 17 runs.

Kartikeya cleaned up Rahane, with a full delivery that turned in as the opener was beaten while attempting a reverse-sweep.

After Rahane’s dismissal, Rana upped the ante and launched into Kartikeya, hitting him for two successive sixes, one over long-on. He then tore into Kieron Pollard, hammering two sixes and a boundary in the 13th over, where the side got 17 runs.

But then it was Bumrah, who wreaked havoc with the ball and firmly brought MI back into the contest. 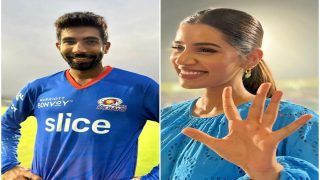 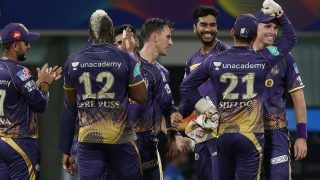 KKR IPL 2022 Playoffs Qualification Scenario EXPLAINED After Win vs MI: All You Need To Know