Ritika Sajdeh has been often been considered a lucky charm for Mumbai skipper Rohit Sharma. He had scored his third double-century during the third ODI against Sri Lanka on the same day as that of their anniversary. During India’s fifth ODI against South Africa, Rohit scored match-winning 126-ball 115 that he dedicated as a Valentine Gift to his wife Ritika. But her charm did not work wonders during the opening Indian T20 league match between Mumbai and Chennai.

Mumbai lost their first game by a wicket. However, much before the tournament went underway, Ritika faced a serious backlash from MS Dhoni fans on social media. Recently, Rohit donned the cover of GQ magazine with the caption ‘Captain Cool.’ Ardent cricket fans are aware there has been and will be just one ‘Captain Cool’ – Dhoni.

Here is how the fans reacted after Ritika posted the cover photo. Of course, the comments are hidden now but we have the screenshots available for you. 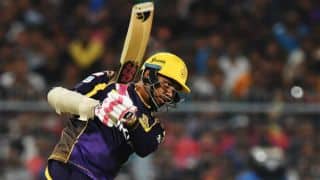 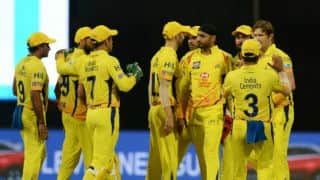