Shakib Al Hasan took out his frustration on the field umpire when the latter turned down his two appeals.

Premier Bangladesh all-rounder Shakib Al Hasan took out his frustration on the umpire when the latter turned down his two appeals during the Dhaka Premier Division Twenty20 Cricket League clash. Shakib was leading Abahani Limited in the match against Mohammedan Sporting Club. The Abahani Limited captain scored a 27-ball 37 in the first innings to take his side to a total of 145/6.

The entire cricket fraternity is in shambles after witnessing an unsporting act from one of the senior players of the game. In the first incident, the former Bangladesh captain appealed for a leg before wicket against Mushfiqur Rahim and when the umpire denied his appeal, all of a sudden he kicked the stumps followed by a heated exchange of words with the official. In the second incident, he went more furious and rushed towards the umpire and uprooting all three stumps on the non-striker’s end, threw them on the ground and an animated Shakib kept on arguing.

One more… Shakib completely lost his cool. Twice in a single game. #DhakaLeague Such a shame! Words fell short to describe these… Chih… pic.twitter.com/iUDxbDHcXZ

The Bangladesh Cricket Board (BCB) is yet to make any statement regarding the matter and many are expecting it to take strict action against the southpaw.

Soon after the incident, Shakib took to Facebook and apologized to everyone for his unethical behaviour stating it as an “unfortunate” event.

Shakib has been at the centre of controversial circumstances in plenty of instances. He was already returning from a ban by ICC after failing to report corrupt approaches by an alleged Indian bookie during the IPL and in a tri-series involving Bangladesh, Sri Lanka and Zimbabwe. 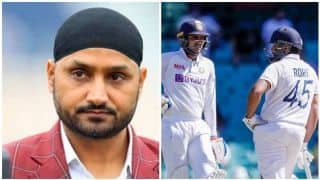 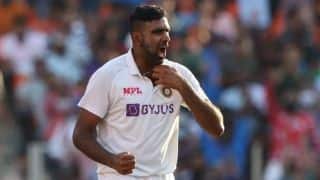