Kolkata Knight Riders skipper Gautam Gambhir emphasised on the importance of clicking together as a team after his side's nine-wicket win over Rajasthan Royals in the Indian Premier League (IPL) here today. Gautam Gambhir of India edges the ball towards the boundary during the 2011 ICC World Cup Warm up game against India and New Zealand at the MA Chidambaram Stadium on February 16, 2011 in Chennai, India.

Kolkata Knight Riders skipper Gautam Gambhir emphasised on the importance of clicking together as a team after his side’s nine-wicket win over Rajasthan Royals in the Indian Premier League (IPL) here today.

The dashing left-hander smashed a 44-ball 75 but, instead of basking in glory, attributed the victory to team effort. “I’d rather think about the team first than about myself. The team is winning and that’s more important,” Gambhir said when asked about the decision to let Manvinder Bisla open the innings instead of himself.

“Bisla’s done well, he has given us two good starts in the last two matches. That’s the team’s strategy,” he added. “I have been hitting the ball well, except for the first match, when I batted at number six. Hopefully I can continue.”

Kolkata beat Rajasthan black and blue and Gambhir was in agreement with that. “We dominated the entire game. We bowled, batted and fielded well,” he said.

The India left-hander is expecting bigger turnouts at the Eden Gardens, the team’s home ground, for their coming matches. “Hopefully we can continue the winning run and give them some happiness, because Kolkata is the city of joy,” Gambhir said.

Rival captain Shane Warne was gracious in defeat but felt 160 was a par score. “We weren’t good enough today. It was about a par score. They played well in the first six overs. We were a little bit unlucky and inexperience at times hurt us, a couple of chances fell short. But that’s part of the learning curve,” Warne said.

“A couple of things didn’t work out but we will take a lot of positives out of this game. We travel tomorrow to Eden Gardens and hopefully we can knock them over on their turf.” 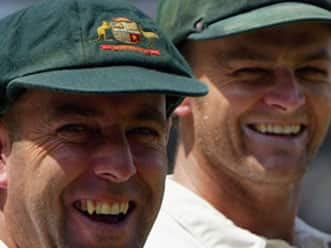 We have to get Gilchrist out early: Lehmann 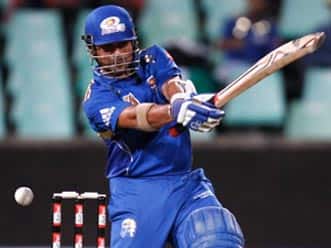 Tendulkar’s maiden IPL century knocks the stuffing out of Kochi