The legendary West Indies all-rounder stated that the leagues were luring players away from Tests with money.

Colombo: West Indies legend Garfield Sobers Wednesday accused cash-rich Twenty20 tournaments of destroying Test cricket by luring players away from the longest form of the sport with large amounts of cash. The 79-year-old, regarded by many as cricket’s greatest all-rounder, told reporters in Colombo that the huge amount of money offered to players by T20 tournaments, especially the Indian Premier League (IPL), had taken a toll on his beloved game. “I think Twenty20 has taken a toll,” he said while on a visit to Sri Lanka as chief guest at the second Test between hosts Sri Lanka and West Indies starting in Colombo Thursday.

He did not think the 20-over game will fade away, but said he supported the idea of day-night Test matches to win back spectators for the longest form, which he said was the “utmost” for any player.

He had no objection to the 50-over one-day matches and described them as “quite good.” Asked if he thought T20 tournaments had destroyed the purists’ game of Test, he said: “I think so. I think it certainly destroyed West Indies cricket, I’ll tell you that.”

He said playing day-night Test matches may also increase the number of people interested in playing the sport. “I think day and night cricket will bring back some of those players too. It is a good move to have Test cricket day and night. I am all in favour of that.”

However, he lamented that many players did not put in their best for their country. “There is a lot of money in the game today and a lot of players don’t have the same heart and the same ideas as I did… my obligation was to West Indies cricket.”

He said many players in the current West Indies team were marking time to sign up for the IPL and not concerned about playing as a team. The West Indies, which at one stage dominated world cricket, has not been able to repeat that success in the past 10 to 15 years and will take a longer time to recover, Sobers said, fighting back tears at a press conference.

“When you look from the point of view of the West Indies players, a lot of them come from very humble backgrounds.  It (the IPL) is an opportunity for them to make money so they can help their families. Then you can’t really blame them.”

The West Indies are only above Bangladesh in the league table of regular Test-playing nations while Sri Lanka are one notch above them in seventh place. 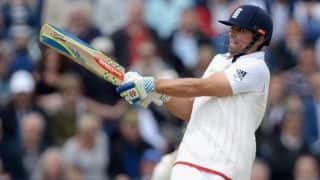