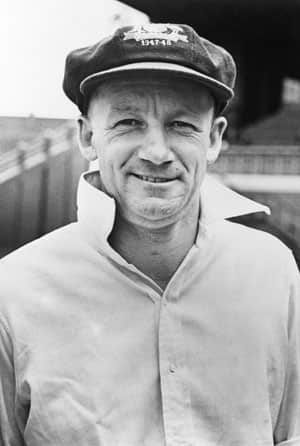 According to Gary Cosier, Sir Don Bradman was disliked due to his spat with Ian Chappell Getty Images

”The thing that hasn’t been written before is that during the 1977 Centenary Test at our pre-match gathering, Rod Marsh and a few other players were just so harsh on Bradman,” Cosier told The Courier-Mail.

“We were there to play against the Poms the next day and Sir Donald got as big a serve as any of the Englishmen did — probably a lot more. There was an intense, I don’t know if hatred is the right word, but dislike (for Bradman).

“Plenty of the players were carrying on about Bradman and saying they couldn’t stand him. As long as Bradman was alive, they thought he kind of ran Australian cricket, and they didn’t like that.”

”Ian made 180 against Victoria one day and made sure we won the Shield,” Cosier said.

”While he was in the middle, the selectors picked the team for an eastern states tour without him. They put Bob Blewett in there, when Ian had specifically told them he was not to be selected. They did that without consulting Ian — and that caused a huge furore for some time.”

Due to Chappell s problems with Bradman, the latter was disliked by many and signed contracts with Packer, Cosier feels.