Gautam Gambhir says that wants to keep on scoring runs and improve as a player.

Gautam Gambhir who was once considered as an important player in India’s scheme of things is now finding himself in cricketing wilderness. The man who helped India win the 2011 ICC World Cup with his gutsy 97 in the final against Sri Lanka, has not featured in the team for approximately a year and is desperate to make a comeback.

Gambhir who was peaking to Mid Day opens about cricket,the Irani Trophy game which will start on February 9 and also his plans of making a comeback to the Indian team.

When queried about the Irani Cup match in which the south paw has been included in the 15-man Rest of India squad, Gambhir replied, “It is just another game of cricket… nothing is more or less important. Every game is as important as any other game.”

“I love playing cricket and that itself is my biggest and only motivation. I can’t say when I will make a comeback, but I have to keep scoring runs, keep working hard and keep improving as a player. That is what I can do and I am looking to do just that,” added Gambhir about his motivation levels for playing cricket during his spell outside the Indian team.

On questions of him wresting back the openers slot thanks to Rohit Sharma and Shikhar Dhawan not performing well currently, Gambhir replied, “No. It’s not like that. I am not competing against anyone. That is not how I look at the situation. I only compete with myself. I need to better myself every time I step on to the field. I don’t give too much relevance to whether a guy is not doing well or if the Indian openers are not doing well. I want to keep improving and better myself in every game.”

Gambhir who believes that the phase of him being out of the Indian team taught him a multitude of things also said, “The biggest learning as a sportsperson is that you need to get used to the ups and downs and keep moving forward rather than looking back. You have to keep improving in every aspect of your game and your fitness. It is important to keep looking up because what’s gone is gone.”

When asked about Virender Sehwag’s desire to open the Indian batting with his ‘best’ partner, Gambhir replied, “That’s his call. I can’t say anything about it. It was his decision to get into the middle order. But now if he thinks he wants to get back to the opening position, it would be very exciting. It would be fun to open the innings with him again. We had some great partnerships and some great success stories in the middle. It would be great fun if we can open the innings in future.”

Gambhir also opened up about his thoughts on the uncapped Indian players in the upcoming Indian Premier League (IPL) options by saying,” It is going to be interesting. There would be a lot of players in the auction and we need to strategise well as to what combination we are looking for. Hopefully, Kolkata Knight Riders [KKR] can do a good job in the auction as well.”

When queried about the IPL franchises bidding for England discard Kevin Pietersen, Gambhir replied, “It depends on the franchises. I don’t know how much interest franchises have [in him]. It depends what kind of combinations they are looking for. The auction is very unpredictable. So, let’s see how it goes.” 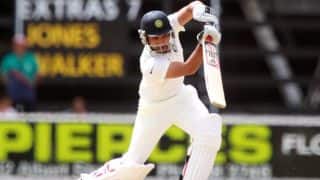