Gautam Gambhir was the chief guest in the Inter-Jail T20 tournament in New Delhi.

Central Jail No 3 won the summit clash, which was witnessed by Indian batsman, Gautam Gambhir as chief guest.

Batting first, Central Jail No 1 scored 195 runs in 20 overs which was successfully chased down by Central Jail No 3 with two balls to spare, scoring 196 runs in 19.4 overs.

Sunil Kumar, chief spokesperson of Tihar Jail, said that nine teams participated in the two-month long Twenty20 tournament. The matches were held at the Central Jail No 1 ground.

Speaking to jail authorities and inmates after the match, Gambhir appreciated the sports spirit of the inmates which motivates them to learn good habits and keep themselves busy in fitness activities. 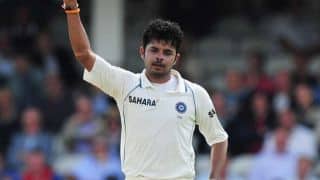