New Delhi: The DDCA administrator Justice Vikramjit Sen has summoned senior player Gautam Gambhir, under-fire coach KP Bhaskar and team manager Shankar Saini to discuss about the recent controversies surrounding the senior state team’s dismal show in Vijay Hazare Trophy. Bhaskar and Gambhir had a heated altercation after Delhi’s campaign ended in Bhubaneswar with allegations of former India captain abusing the coach, something he has categorically denied. Gambhir, on his part has made multiple allegations of Bhaskar making youngsters like Nitish Rana, Unmukt Chand and Pawan Negi “insecured” and “playing with their careers”. Gautam Gambhir reveals why he launched a verbal assault on Delhi coach

“Yes, Justice Sen has summoned both Bhaskar and Gambhir along with manager Shankar Saini at 11 am at the DDCSA headquarters in Feroz Shah Kotla ground. It’s still not cler whether he will meet the trio together or separately,” a DDCA official told PTI. Delhi has had a disastrous season under Bhaskar where they have failed to qualify for the knock-outs of both Ranji Trophy as well as Vijay Hazare Trophy. Earlier, Gambhir said Delhi chief coach KP Bhaskar has made talented youngsters so insecure that he was left with no option but to ask him a few tough questions. A media report accused Gambhir of engaging in an ugly confrontation with Bhaskar which the two-time World Cup winner rubbished.

However, Gambhir did not deny that he had asked questions after Delhi s disastrous home season under Bhaskar. If protecting a youngster is a crime, I am guilty. If making 20-22 year olds feel secure in an insecure environment is a crime, then I am guilty. But I could not have let this man [Bhaskar] play with careers of young players like Unmukt Chand and Nitish Rana, Gambhir told PTI in a no-holds barred interview at his residence. 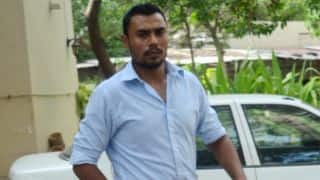