Gambhir will lead a strong Delhi side during the 2014-15 domestic season.

Out-of-favour India opener Gautam Gambhir has been retained captain of the Delhi team for the upcoming Ranji season as the Delhi and District Cricket Association (DDCA) announced a 15-member squad for the one-day Vijay Hazare Trophy to be played in Himachal Pradesh. Gambhir, who ran into a controversy in February with DDCA chief curator Sundaram, was once again chosen the leader by the committee comprising chairman Yashpal Sharma, Nikhil Chopra, Rakesh Shukla, Vinay Lamba, Sidhartha Verma, coach Vijay Dahiya, convenor Sunil Dev and the captain himself.

Gambhir, who was accused by Sundaram of using abusive language in order to change the nature of the track at Feroz Shah Kotla, had denied the aggressive verbal exchange with the senior groundsman. Gambhir, who last played for India against England in a Test series this year, will be looking to impress the selectors before the ICC World Cup 2015. Delhi players who may also be eyeing the World Cup spot — Virender Sehwag, Rajat Bhatia, Unmukt Chand and Ashish Nehra — also comfortably found their places in the squad.

While the team will meet Jammu and Kashmir in its first match in Bilaspur on November 6, the players are instructed to report to coach Dahiya on Tuesday morning. 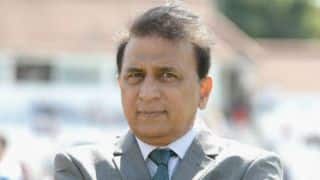