Kolkata Knight Riders (KKR) s skipper is deeply hurt by the massacre, especially looking at the images of the CRPF daughter s images floating on the tabloids.

After grieving about the Maoist attack at Sukma district in Chhattisgarh, Gautam Gambhir has pledged to bear the education expenses of the children of 25 CRPF officials killed. This step would be taken by Gautam Gambhir Foundation and the initial ones have already started. Kolkata Knight Riders (KKR) s skipper is deeply hurt by the massacre, especially looking at the images of the CRPF daughter s images floating on the tabloids. Gambhir had earlier expressed his anger over the incident through his Twitter account with the message reading, Chattisgarh, Kashmir, North East, do v need more alarm bells or r we a deaf state? Life of my countrymen isn t cheap, someone needs 2 pay 4 it. (sic) Full Cricket Scorecard, Kolkata Knight Riders vs Delhi Daredevils, IPL 2017, Match 32

On his column in Hindustan Times, Gambhir stated, On Wednesday morning, I picked up newspapers and saw gut-wrenching pictures of the daughters of two CRPF men killed in the latest attacks. One was saluting her martyred father while in the other picture, the howling young woman was being consoled by her relative. In IPL, during the KKR vs Rising Pune Supergiant (RPS) match on Wednesday, Gambhir and co. wore black armbands as mark of respect to CRPF men who lost their lives. Gambhir also mentioned that it was difficult to focus on the match after knowing about the Chhattisgarh incident, yet Robin Uthappa and he notched up half-centuries.

Talking about bearing the expenses for the children, Gambhir wrote, The Gautam Gambhir Foundation will take care of the entire education expenses of the children of these martyrs. My team has already started work on this and I shall soon share the progress we have made. 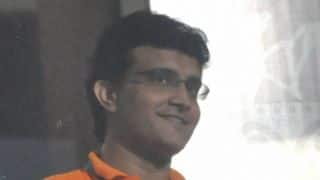 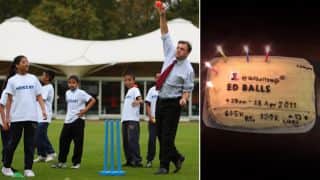