Carrying a famous surname, the biggest challenge for Rohan was to have his own identity. He not only inherited the surname of a batting legend, Sunil Gavaskar, his own name Rohan Jaivishwa was derived from three cricketers: Rohan Kanhai, ML Jaisimha and Gundappa Viswanath. 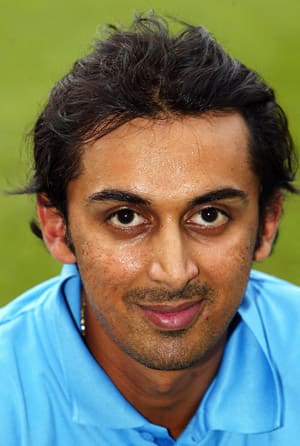 Carrying a famous surname, the biggest challenge for him was to have his own identity. He not only inherited the surname of a batting legend, Sunil Gavaskar, his own name Rohan Jaivishwa was derived from three cricketers: Rohan Kanhai, ML Jaisimha and Gundappa Viswanath.

“If I could bat like my father, I would ve ended up with 10,000 Test runs and 34 hundreds,” junior Gavaskar told DNA. He insisted that having a legendary surname had never been a deterrent. “If it wasn t for him (Sunil Gavaskar), I wouldn t have had cricketing genes.”

Those who followed his first-class career claim that he was subject to many dreadful decisions. It was as if the umpires wanted to prove that they were undaunted by his last name.

“Yes, I did have my fair share of bad decisions. I don t know whether the umpires were keen to prove a point or they were plain incompetent. You couldn t have done anything about it. You can look at in a different way. Next time you just make sure that the ball doesn t hit your pad,” he said.

After playing 120 first-class games and 15 years of competitive cricket for Bengal and East Zone, he has no regrets. “I ve been truly blessed,” Rohan said. “When you see the amount of runs scored by Bengal batsmen, I am third on the list. Only Arun Lal and Pankaj Roy are ahead of me and not by much. I look at that with a great deal of pride.”

He recalled his one-day debut in Brisbane in the 2004 VB Series.”I was told in the morning that I would be playing because Virender Sehwag was indisposed. I was asked to bat at three initially but the number kept going back and back and finally I batted at six. I had an opportunity to contribute with the ball. It was a great feeling because we won a one-day match in Australia after a long time,” he said.

But his international career never took off. “I don t think I batted higher than six. It wasn t going to be conducive enough for good scores. I would get out in the penultimate or the last over,” Rohan reasoned.

“Obviously I could have done better,” he added. “Any cricketer worth his salt will say that he could ve done better, that s the nature of the game.”

In the last few years he has donned the role of a media professional. He is all set to cover the Bangladesh Premier League in Dhaka, which will ensure he is involved with the sport he loves.