A former executive member of the Goa Cricket Association (GCA) and ex-Ranji player has accused the association's president Dayanand Narvekar of 'pitch-fixing' in the controversial Goa-Maharashtra Ranji match last week to favour his son, who was in the playing eleven. 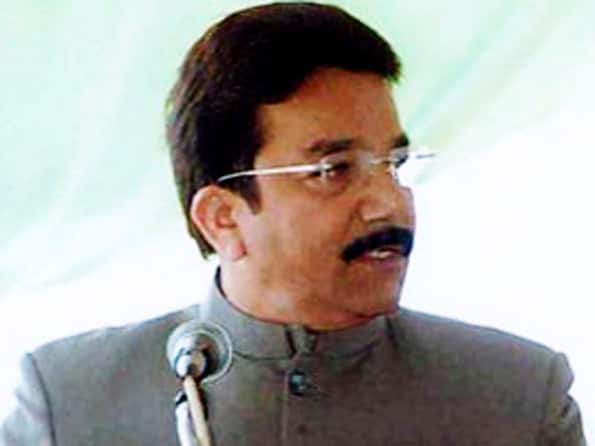 Dayanand Narvekar said the charges made by Shekar Salkar were baseless

A former executive member of the Goa Cricket Association (GCA) and ex-Ranji player has accused the association’s president Dayanand Narvekar of ‘pitch-fixing’ in the controversial Goa-Maharashtra Ranji match last week to favour his son, who was in the playing eleven.

Shekar Salkar, a renowned oncologist, has accused Narvekar, a former vice-president of the Board for Control of Cricket in India (BCCI), of tampering with the pitch in order to ensure that his son Ganeshraj Narvekar put in a good bowling performance on the last day of the Ranji trophy plate league match.

“Pitch-fixing has been done 100 per cent by Narvekar (Dayanand). He has fixed the pitch so that his son gets benefit Maharashtra were bowled out for 91, when they had scored 400-plus runs, that means the pitch had deteriorated fast,” said Salkar, who has earlier this year filed a First Information Report (FIR) against Narvekar, his wife and son Ganeshraj for forging the latter’s birth certificate in order to enable him to play in junior cricket.

“On a pitch on which Narvekar’s son can get five wickets, Maharashtra bowlers would have bowled better and got us all out in no time,” Salkar said, adding that the pitch was doctored midway through the match, before Maharashtra’s second innings, when the side crumbled to 91 all out off 31.5 overs.

Narvekar has denied the allegations, calling them “rubbish” and said that Ranji matches were conducted under the supervision of BCCI-appointed Match Referees and are recorded by the host broadcaster, which meant there was no scope for mischief.

Speaking to IANS Thursday, Narvekar said the charges made by Salkar were baseless.

“He is a mad fellow. He does not know that a Ranji match is conducted by a match referee. GCA officials have nothing to do with what happens on the ground,” Narvekar said.

“Plus, every Ranji match is covered live. How can anyone tamper with the pitch when it is being telecast live? These charges are ridiculous,” Narvekar said.

Goa’s Ranji team captain and Rajasthan Royals player Swapnil Asnodkar was also banned from playing two matches last week in controversial circumstances by the GCA, after he declared at 18-1 off six overs in the same match against Maharashtra, during a fourth innings run chase of 130 runs in 19 overs in Panaji, allegedly against the instructions from the association.

Ganeshraj, a leg spinner, was wicketless in the first innings, where Maharashtra scored 443, but came back to notch 5-48 in the second innings, off 10 overs, which included 12 no-balls.

While Asnodkar claimed, immediately after the match, that he had taken the decision after taking into account “the condition of the pitch”, Narvekar had claimed that a successful run chase was possible and put the onus on the captain.

Salkar has now claimed that by dropping Asnodkar, Narvekar had sent a signal to all the cricketers in Goa that “if you do not listen to the GCA president, you will be sacked”.

“It is sad that a person of Swapnil’s calibre is treated this way,” Salkar said.(IANS)

Andrew Strauss to camp in India to prepare for Pakistan series