Boycott is now a popular commentator, known for his typical accent and his idiosyncrasies.

Born on October 21, 1940, Geoff Boycott turned 74 on Tuesday. The English opening batsman, known for his impenetrable defence, is a veteran of 108 Tests. He scored over 8000 runs in Tests, but had around 40,000 runs more in all First-Class cricket.

The Yorkshireman is now a popular commentator, known for his typical accent and his idiosyncrasies. Boycott was a much-respected cricketer, but was not particularly popular by his own England teammates. He famously exiled himself from cricket for three years after he was passed over for Test captaincy after Ray Illingworth in favour of Mike Denness.

Boycott remains one of England’s finest and most technically sound opening batsmen of all time. His First-Class career was even more distinguished, with as many as 609 matches, over 48,000 runs, over 150 tons and an average of 56.83. Boycott is yet another in a long line of Yorkshire cricketers who did well for the country. 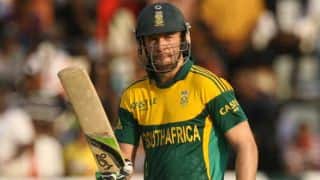