Spinner George Linde has received his maiden ODI call-up for the three-match series against India.

Spinner George Linde has received his maiden ODI call-up for the three-match series against India.

Cricket South Africa (CSA) on Monday announced the 15-member squad which sees the return of Faf du Plessis and Rassie van der Dussen to bolster the batting line-up as well as the retention of Kyle Verreynne, Keshav Maharaj and Lutho Sipamla.

Faf and Rassie were out of the ongoing ODI series against Australia, along with Dwaine Pretorius, who will not travel to India.

Tabraiz Shamsi was not available for selection as he and his wife Khadija are anticipating the birth of their first-born child. 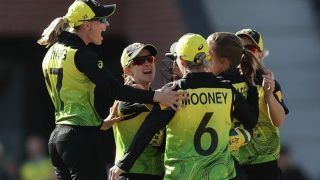