Gillespie to coach in Zimbabwe

Gillespie to coach in Zimbabwe

Former Australian fast bowler Jason Gillespie has revealed that he will be shifting to Zimbabwe to coach the local team MidWest Rhinos. 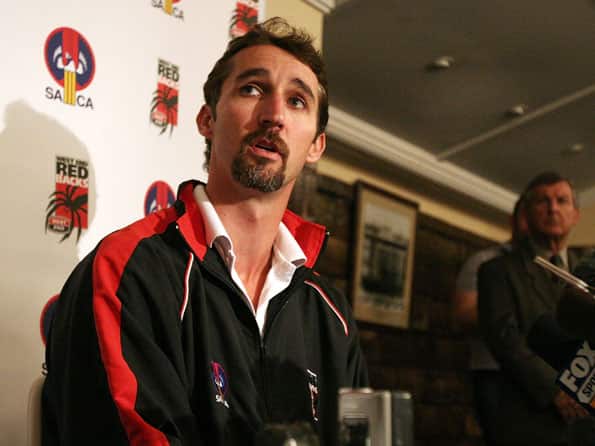 Former Australian fast bowler Jason Gillespie has revealed that he will be shifting to Zimbabwe to coach the local team MidWest Rhinos.

According to reports Gillespie will be based in Zimbabwe for seven months. Gillespie said that during his stint with the Kwekwe-based team he had learnt to do away with the traditional method of coaching.

The Age quoted him as saying, “I coach with a bit of a gut feel. I like talking to my players just as people and not specifically a coach-to-player relationship.

“There are times when you need to be firm and lay down the law, but by and large we’re all in the business of trying to improve.”

Gillespie said that he truly believes in going by his instincts as a coach than follow the orthodox coaching methods mentioned in the coaching manual.

“We’re all going in the same direction. I suppose I’m just learning to trust my instinct a little bit more rather than try and be seen to be doing the right things by the coaching manual,” said Gillespie.