The 27-year-old England pacer was suspended from international cricket after his old racist and sexist tweets resurfaced on social media.

Former West Indies fast bowler Michael Holding has asked England and Wales Cricket Board (ECB) to take a lenient view of charges of racism and sexism against pace bowler Ollie Robinson if he has not made any such remarks over the last eight years.

The 27-year-old England pacer was suspended from international cricket after his old racist and sexist tweets resurfaced on social media last week on Day One of the first Test, which was also his debut.

“[It happened] Eight-nine years ago can the ECB find out please, if beyond that time Robinson had kept on behaving like that, tweeting same things like that. Because [when] I was a young man once, I did a lot of rubbish. As you go through life, you learn, you recognise, perhaps what I did 18 doesn’t apply now, I can’t behave like that now,” said Holding on Sky Sports.

“So, if he has done something nine years ago and since then he has learned and done nothing like that and has changed his ways in the last 2-3 years, I don’t think you should come down too hard on him.

“Yes, suspend him because you want to investigate. You don’t allow him to play like on Thursday while investigation is going on at the same time and you find something horrible coming out in that investigation. But do that [investigation] quickly, get over with it quickly,” added Holding.

Holding, who has been vocal against racism, and criticised the England players for not continuing with taking the knee after the series against West Indies last year, said similar leniency should be shown to another England player who was guilty of tweeting a racist message when he was 15. Wisden, who brought to light this case, has withheld the name of the player.

“We all make mistakes but if we can recognise those mistakes and correct them and also change our lives and recognise that, it was rubbish, and then do the right things going forward. Don’t think you should punish people with what they did decade ago. I am someone who wants to give people a second or third chance,” said Holding. 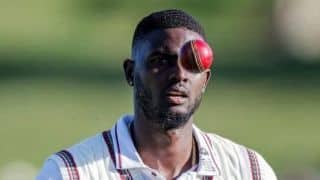 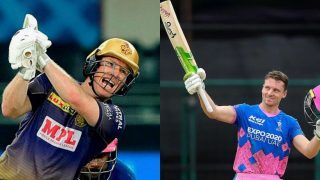