Don Shepherd, a legend in English county, passed away on Saturday (August 19) at the age of 90. With a county career spanning over two decades, Shepherd made a resounding name in Glamorgan scalping 2,174 wickets. Shepherd also celebrated his 90th birthday earlier in the month. He made his Glamorgan debut in 1950 before retiring in 1972. Shepherd’s career total of 2,218 first-class wickets is the highest-ever by an England-qualified player who never went onto represent the country in Tests.

Shepherd started his career as medium pacer and resorted to spin in mid 1950s. The significant feat of his career was winning the title for Glamorgan in 1969 as vice-captain. After calling quits from the game, Shepherd worked for BBC Wales Sport for over 30 years, including a commentary stint this season. 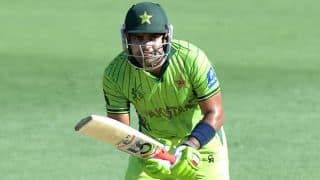