Glenn McGrath spoke about how the learning process between him and his wards wasn’t only one-way.

McGrath told cricket.com.au that, “All the Aussie blokes that came over have impressed me. Their attitude, the way they go about things, their thought processes; there are a lot of positives there.”

The MRF Pace Foundation, which has helped in the careers of a number of international pace bowlers such as Mitchell Johnson, Irfan Pathan, Mashrafe Mortaza, and even McGrath, is an ideal place for young bowlers to learn some important tricks of their trade.

McGrath said of the Foundation, “I came over to the Foundation in 1992 and I thought it was very beneficial. The culture, the food, the conditions are such a contrast to back home. India can be a little bit confronting, but if you’ve been here before, seen how it all operates, it does help prepare them a little bit. I just think it’s a great opportunity for young guys to come over here and experience what India’s all about.”

He went on to say that his expertise was more in the psychological development of bowlers rather than their technical advancement. “My strength was always the mental side of the game,” he said. “I try to impart a bit of knowledge about game situations, thought processes, routines and then just getting yourself ready for matches.”

The speedster then spoke about how the learning process wasn’t only one-way. “Working with the young Aussies boys over the last week has seen me doing a lot more of that than the finer points of technique. In many respects this has been a big learning process for me, because I hadn’t had much to do with the coaching side of things before starting here.

“What I’ve learned in the last 18 months in respect to knowing what to look for and how to go about fixing those technical issues has been brilliant for me. I wish I knew what I know now about fast bowling when I was playing,” he said.

However, McGrath put to rest any thoughts of him coaching full-time. “Coaching was something I thought I wouldn’t get into when I retired, then I was approached by Dennis Lillee to take over from him here. I thought about it for a while and eventually decided it was time for me to get back into cricket and give something back. So in that respect it’s been really good for me.

“What the future holds, who knows? I’d love to do a bit more back home. Maybe in more of a consulting style role. But to be the Australian bowling coach isn’t an ambition of mine. I think Craig McDermott is doing an amazing job at the moment and his job is definitely not under threat from me.” 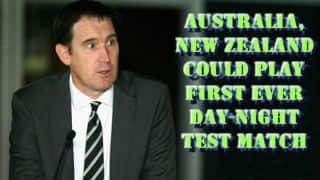 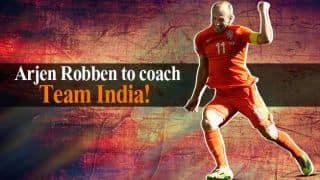