Gloucestershire get Thisara Perera boost in their T20 Blast campaign

Gloucestershire get Thisara Perera boost in their T20 Blast campaign

Sri Lankan all-rounder Thisara Perera will be Gloucestershire’s second overseas player for their T20 Blast campaign, the English county announced on Thursday. The 28-year-old, who has accrued over 100 one-day international and 50 Twenty20 appearances for his country, replaces Australia’s Andrew Tye, who injured a shoulder in May.

“I am hoping to bring a bit of Sri Lankan magic to Bristol and Cheltenham, and look forward to entertaining the crowds,” he told the county side’s website. “I am delighted to be joining a talented and ambitious side for the T20 Blast. Working alongside two excellent coaches in Richard Dawson and Ian Harvey, I am sure I will learn a lot whilst at the same time adding to the quality already within the group.” ALSO READ: When WG Grace fielded for Sussex against Gloucestershire

Perera was a member of Sri Lanka’s Champions Trophy squad earlier this month and joins Australian batsman Cameron Bancroft as Gloucestershire’s overseas players for the competition that runs from July 7 to September 2.

Perera was in the news for wrong reasons in the Champions Trophy after he dropped a sitter of Sarfraz Ahmed in a must-win against Pakistan. Sarfraz went on to win the nail-biter for Pakistan as Sri Lanka were handed a group-stage exit. Pakistan later went on to win the tournament. 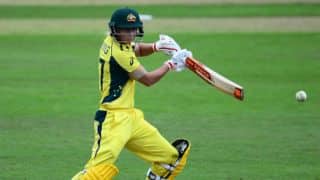 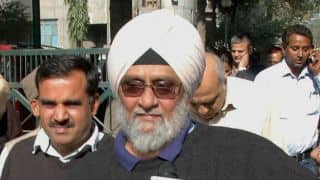