Graeme Pollock, voted South Africa's best cricketer of the 20th century in 2009, has blasted Board of Control for Cricket in India (BCCI) for yet again raising a red flag for the universal implementation of the Decision Review System (DRS). 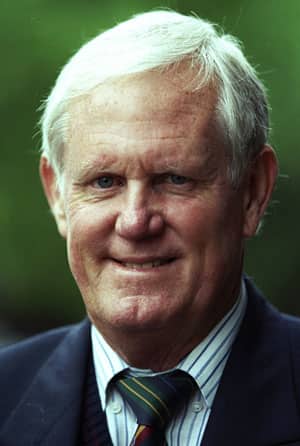 Graeme Pollock, voted South Africa’s best cricketer of the 20th century in 2009, has blasted Board of Control for Cricket in India (BCCI) for yet again raising a red flag for the universal implementation of the Decision Review System (DRS).

Pollock did not spare the International Cricket Council (ICC) either as he slammed the world governing body of the game for not taking on the financial and administrative responsibility to impose the technology.

Pollock felt the BCCI’s continuous rejection of the DRS was mainly due to its unsuitability to Indian batsmen.

“It’s ridiculous that India have managed to do this on their own, but it does suggest that DRS favours sides that have lots of good batsmen,” Pollock said.

Pollock was reacting to BCCI’s opposition to the DRS at an ICC board meeting in Kuala Lumpur last week, effectively vetoing the adoption of the system that uses infrared cameras, finely-tuned microphones and ball-tracking devices to aid umpires.

“Essentially, the system does not suit India’s top six (batsmen). You play differently if you’re a batsman, when the review system is in operation,” Pollock told the daily ‘Business Day’.

“You are limited in the number of reviews you can call for, and if DRS is not in operation, a lot of players are going to get away with decisions that should go the other way.”

Cricket South Africa acting chief executive Jacques Faul said South Africa supported the introduction of DRS, although all-rounder Jacques Kallis last year said that 99% of cricketers were not entirely convinced of the accuracy of the system.

“(India) does not think that DRS is reliable, but we supported it and our players support it,” Faul said.

Pollock also hit out against the fact that DRS costs of around R100,000 per day were borne by broadcasters, although the benefit of its use went directly to the ICC.

“It’s ludicrous. DRS should be paid for and controlled by the ICC and simply be a part of world cricket,” Pollock said. (PTI)