Graeme Smith said the punishment of a one-match ban for his namesake, Australian captain Steve Smith, was inadequate.

Former South African captain Graeme Smith has hit out at the International Cricket Council, saying the sport’s governing body missed a chance to show leadership over the Australian ball-tampering controversy. Speaking to South Africa’s Independent Media, Smith said: “I think the ICC missed an opportunity to really handle this properly and lead our game. They haven’t done that. You have had two players, who have admitted guilt for cheating. I think that’s huge.”

Graeme Smith said the punishment of a one-match ban for his namesake, Australian captain Steve Smith, and three demerit points for Cameron Bancroft, who was caught on camera trying to tamper with the ball, was inadequate.

“Having captained before, every series you play, and every chance the ICC get to speak to you, they drum the spirit of the game down your neck. ‘You are responsible, you are the stakeholders’.

“I can only assume since my retirement it is even more now. I think they should have taken a bit of time and made a decision that was a long-lasting standard so that no players will take that chance again.”

Smith added that the ICC needed to review their match referees and the processes by which they made decisions. In his role as a television commentator, Graeme Smith immediately said: “It doesn’t look good” when the footage was first shown on Saturday.

In a televised discussion with other former international captains and players on Sunday, Smith was critical of the way the Australians had conducted themselves since before the tour.

He cited a reported plan to push Kagiso Rabada over the demerit points limit for a ban, to “whingeing” about South African crowds, to Steve Smith’s public anger about Rabada being reprieved after being banned.

“That’s not Australia for me,” Smith said of opponents who he said had always played “hard but fair” in his encounters with them over the course of a 12-year international career. 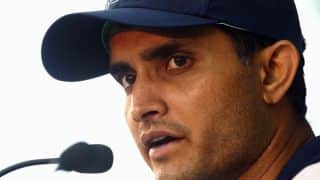