South Africa beat New Zealand by two wickets and eight balls to spare in the third and final One-Day International at Potchefstroom on Friday. However, the hosts lost the series 1-2 after losing the first two matches to Kiwis. 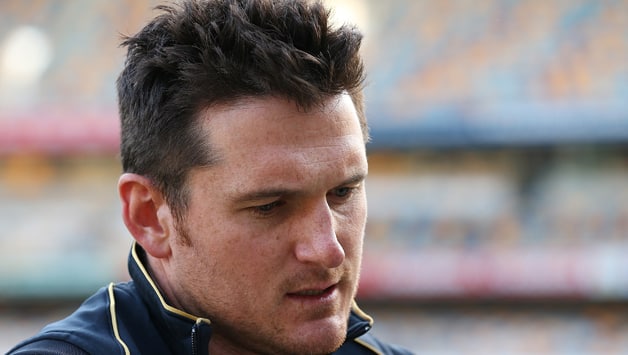 South Africa beat New Zealand by two wickets and eight balls to spare in the third and final One-Day International at Potchefstroom on Friday. However, the hosts lost the series 1-2 after losing the first two matches to Kiwis.

The home side started well after Brendon McCullum won the toss and elected to bat, as Martin Guptill was dismissed by Tsotsobe in the second over. Guptill swung at a good length delivery pitched on his off-stump and going away from him. The ball took a thick edge and carried straight to Colin Ingram at first slip.

The centurion from the Kimberley ODI, Kane Williamson failed to make an impact as he edged a delivery to wicketkeeper Quinton de Kock to give Tsotsobe his second wicket of the game.

BJ Watling was the next man to go, giving a catch to Faf du Plessis at point off the bowling of Ryan McLaren. The Kiwis were in deep trouble when they lost their captain McCullum that left New Zealand reeling at 68 for four in the 22nd over.

Munro walked in and put on two good partnerships to resurrect the New Zealand innings. First, he put up a 61-run stand with Grant Elliot for the fifth wicket and followed it up with a partnership of 67 with James Franklin for the sixth wicket. During these two partnerships, he brought up his first ODI half-century.

But, Tsotsobe struck a timely blow to pick up his fourth wicket of the innings as he removed Munro. An over later, McLaren dismissed Nathan McCullum as New Zealand were reduced to 199 for seven.
New Zealand managed to go past the 200-run mark but McLaren struck for the fourth time to send back Jimmy Neesham in the 46th over.

But a cameo from James Franklin and 17 runs in wides helped New Zealand get to 260 for nine in their quota of 50 overs.