Smith will retire from all international cricket after the third Test against Australia.

The 33-year-old — whose long-time team-mate Jacques Kallis retired from test cricket in December though he wants to remain part of the one day side — had said only on Friday that he still had things to achieve in international cricket.

However, after another batting failure in the present series, he made just five in the first innings on Monday he decided it was time to call it a day and told his team-mates of his decision.

“This has been the most difficult decision I have ever had to make in my life.  It’s a decision that I have been considering since my ankle surgery in April last year.

“I have a young family to consider, and I felt that retiring at Newlands would be the best way to end it because I have called this place home since I was 18 years old.”

Smith captained South Africa in 108 Test matches, including the present match, over 11 years.

He also captained a World XI against Australia in Sydney in 2005. His total of 109 Test captaincies is 16 more than the previous record held by Allan Border of Australia.

He has captained South Africa to 53 wins, beating Australian Ricky Ponting’s record of 48 wins as a Test captain. Under his leadership, South Africa lost 27 matches and drew 27, excluding the current Test.

His shock announcement came after he told journalists at his pre-Test press conference on Friday he had no plans to retire.

“There are still things I want to achieve in the game,” said Smith, who when he first led the side, against Bangladesh in 2003, was the third youngest captain in Test history.

Under his leadership South Africa rose to become the number one team in Test cricket.

In 38 series of two matches or more he has had 22 series wins and seven losses, with nine drawn.

South Africa have not been beaten in a series since Australia beat them in 2008/09 – although they are in danger of defeat in the current third Test in a series which is tied at one-all.

His record includes two away series wins against both England and Australia – a feat achieved by no other captain.

By his own admission it took time for him to mature as captain after being one of the youngest players in the squad when he was appointed.

When he was offered the captaincy his father, Graham, tried to dissuade him, arguing that he would be better qualified for the job when he had gained more experience.

Smith, though, had no hesitation in accepting.

“I had wanted the job since I was 13 and I honestly believed I could do it,” he said soon after his appointment.

“It’s been an incredibly special ride,” he said last season on the eve of his 100th test as captain.

“It hasn’t always been easy. There have been some incredibly tough times. I’ve had to grow to come through those times and to start to enjoy success and to feel comfortable in the position and in myself.”

Smith said it had been a privilege to lead his country for so long.

“I have always been someone who has left everything out there on the field for my team and for my country.”

Cricket South Africa chief executive, Haroon Lorgat, said he had been surprised by the decision.

“Although Graeme’s decision to retire from all forms of international cricket comes as a surprise to all of us, we must respect him for deciding to call time.

“I would like us to remember Graeme for his nerves of steel and his match-winning performances that were synonymous with some of the most remarkable fourth innings victory chases of all time.”

Smith captained South Africa in 149 one-day internationals before relinquishing the role in 2010. South Africa won 92 matches under his leadership, with 51 losses, one tie and five no-results.

As a determined left-handed opening batsman, Smith has scored 9,262 runs in 117 Tests at an average of 48.49 with a second innings against Australia to come.

In 347 international matches across all formats he scored 17,228 runs. 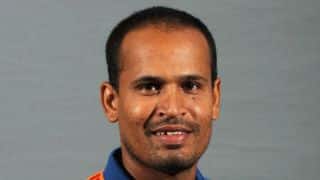 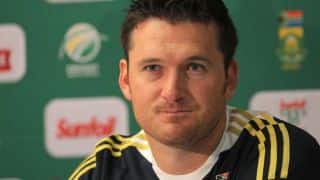