Graeme Swann picks himself in his all-time XI

Graeme Swann picks himself in his all-time XI

2 Englishmen including himself, 3 West Indians, 4 Australians, an Indian and a Pakistani each, in Graeme Swann's All-Time XI.

Graeme Swann, one of the finest from England, has actually surpassed all others by choosing himself in his all-time XI side. He revealed his team in a series initiated by Lord s Cricket Ground official YouTube channel. For the uninitiated, the criterion of selecting the side for any cricketer is that players should have played with or against that particular individual or the cricketer should at least have been influenced by them. Just like others, Swann has picked some of the greatest names of the game. However, Swann, being Swann, decided to add that one twist to his squad: Swann is the first among all the players who have revealed their all-time XI through the Lord s Channel to pick himself in his XI.

His XI starts with Sir Jack Hobbs. The Master, arguably the greatest batsman in English history, was Swann s grandfather s favourite player, so there is nothing unusual in that despite him being from nowhere remotely close to Swann s era. Partnering Hobbs will be Gordon Greenidge: Haynes almost got in there but Greenidge for me. Not only he was a great stroke player but looks mean as well. I want to be the meanest in my chain, explained Swann.

Don Bradman at 3 was a no-brainer. Not many eyebrows will be raised by Brian Lara, followed by Sachin Tendulkar, at 4 and 5 though the latter s fans may be agitated by Lara getting preference over Tendulkar at 4. Swann himself agreed that five is bit low for the best player of my generation, though he added that he hardly had any option.

Sir Garry Sobers walked in at 6. Swann wanted to include Jacques Kallis, but he explained the reason behind choosing Sobers: I need a left-armer for foot hole. You will see why later. Sorry, Jaques.

Not many will be surprised with Adam Gilchrist, either: Best keeper-batsman I have seen … I need a good keeper who can keep in to Shane Warne, who, of course, is Swann s next pick. Best bowler of all time. Full stop. No argument at all. Who knew Swann would call an Australian spinner the best in history?

Now comes the best part where Swann picks himself. For a moment we thought he was joking, but no, he was dead serious: Graeme Swann. It s my team. … I am playing me.

After picking himself and Warne, it was the time to pick seamers: Glenn McGrath. He should bat number 11 but I am slipping him to 10. Brilliant bowler, mention that you never miss but nips in and away. Unbelievable.

The 11th player in his team is Wasim Akram, a man Swann has a curious moniker for: I had to have another left-armer. The Snake Charmer, just for those two balls in the World Cup 1992. Absolute genius.

Was there wordplay involved in that left-armer-Snake-Charmer bit? You can never say with Swann. One can only hope he bats above McGrath, even Swann, even Warne…

Oh, and before we conclude, James Anderson is 12th man.

But who is captain? Bradman? Swann himself? Wonder, wonder… 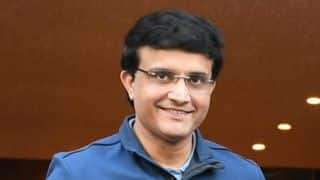